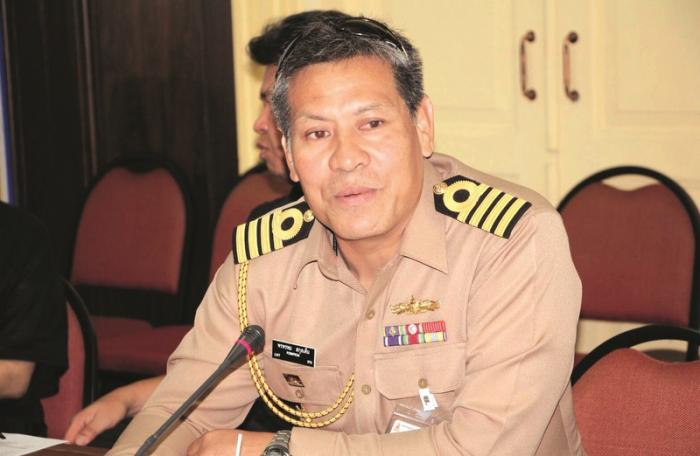 PHUKET: Capt Kritsada Rattanasupa, Deputy Chief of Staff of the Royal Thai Navy Third Area Command, has been involved in the Phuket King’s Cup Regatta for several years. Here, he talks about how the navy supports the Regatta and about promoting sailing for the next generation of young sailors in Phuket.

Sailing is one of those clever sports that involves technique, knowledge, aptitude, patience and skill. Sailors are required to think on their feet and come up with strategies to survive under unpredictable wind conditions.

As His Majesty King Bhumibol Adulyadej said, “Sailing teaches people how to think and make decisions on their own. When you are in the sea and the boat stops, with no one there to teach you and tell you what to do, you have to come up with a solution on your own. Sailing teaches Thai youth how to think and do things by themselves.”

In 1986, members of Thailand’s yachting fraternity met in Phuket to discuss what could be done as a special tribute to His Majesty the King’s forthcoming 60th birthday, the following year on December 5, 1987.

Under the Royal Patronage of His Majesty the King of Thailand, the Phuket King’s Cup Regatta is organized by the Regatta Organizing Committee, under the support and guidance of the Royal Varuna Yacht Club, and in conjunction with the Yacht Racing Association of Thailand, the Royal Thai Navy and Phuket officials.

Our responsibility as the navy is to ensure everyone’s safety and to provide search and rescue assistance, if needed. We are prepared in terms of both equipment and people. This year, we have got two patrol ships – one near the shore and one in the sea – two small patrol boats, and a search and rescue unit.

This year at Ao Kata, we will also arrange a warship anchoring ceremony on December 9 and have boats sailing around it, as a tribute to His Majesty.

Phuket is a great for place for sailing and I think we should make it into a bigger and more popular sport. For this, we need to establish a sailing center in Phuket. Just like in Singapore, the Phuket Sailing Center will be a place where young students can learn about sailing and how to do it. In fact, all Andaman provinces should have sailing practice centers to teach people the art of sailing.

If we can do this, in accordance with His Majesty’s teachings, I think the King, who is now in heaven, will be very proud of Phuket, Andaman and the whole of Thailand.

Opinion: 10-year visas not accessible to all