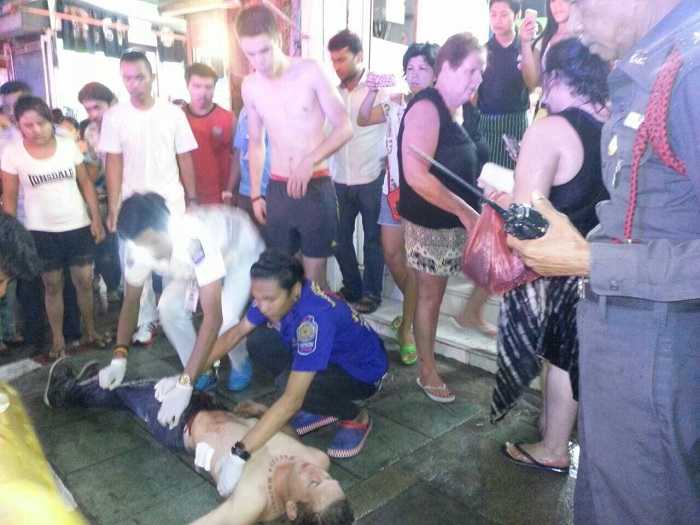 PHUKET: Police are looking to press charges against an Australian tourist and a Thai teenager after both used broken bottles as weapons in an early-morning fight on the Patong beach road yesterday.

Capt Thawatchai Srimai of the Patong Police arrived at the scene at 2am with other officers to find Dwayne House, 23, on the ground in agony. He had been stabbed in the abdomen with a broken bottle.

“He had no shirt on and his friend was in a panic,” Capt Thawatchai said.

Police arrested three Thai teenagers who tried to flee, including a 15-year-old who later confessed to stabbing Mr House.

“The teenager confessed, but said that the Australians were drunk and said something that made him angry while he was sitting with his two friends,” Capt Thawatchai said.

The teenager also alleged that Mr House smashed a bottle and stabbed one of the teen’s two friends in the back first.

Both the stabbed Thai teenager and Mr House were taken to Patong Hospital for treatment, Capt Thawatchai confirmed.

“We will press charges against both of them,” he said. “But we will wait until the Australian recovers before we formally charge him.

“The 15-year-old has been released. He, too, will face charges later.”