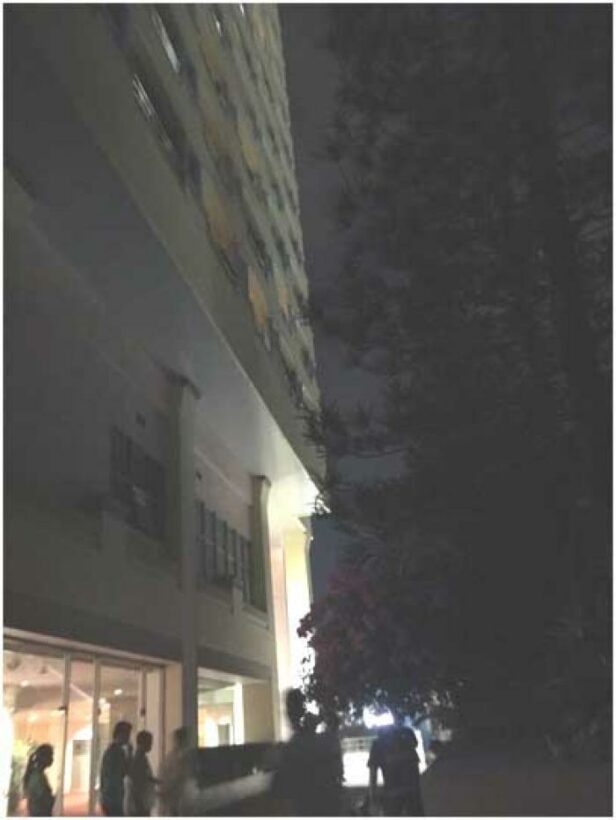 PHUKET: An Australian man fell to his death from the 19th floor of a high-rise hotel in Patong as he attempted to take photos of fireworks.

Major Pattapee Srichai of the Patong Police was alerted at about 11:37pm on Thursday that Jamie William Brown, 30, had fallen from the balcony of his room at a high-rise hotel on Rat-U-Thit 200 Pee Road, landing face down by the 3rd floor swimming pool.

Mr Brown’s body was later taken to Patong Hospital where he was pronounced dead.

Police questioned Rosemarie Ann Watson, Mr Brown’s sister-in-law, who said that she tried to save him as he clung to the balcony.

“They were staying in the same room on the 19th floor,” Maj Pattapee said. “Ms Watson said that Mr Brown saw fireworks and tried to take photos by leaning over the balcony. She said she warned him not to get too excited as he could fall off the balcony. Then she went in the bathroom for about ten minutes.”

When Ms Watson came out of the bathroom, she saw Mr Brown hanging from the balcony railing, Maj Pattapee explained.

“She said she tried pulling him up, but claims she could not do it because of his weight and watched him fall 16 stories to his death.”

Ms Watson said she then ran to hotel staff, calling for help.

Pratuang Iadprapan, a member of hotel security who was the first to find Mr Brown, said he was on the first floor when he heard the sound of something falling to the ground.

“I ran to see what happened,” Mr Pratuang told the Phuket Gazette. “I believed [Mr Brown] was dead, so I informed the other hotel staff and the police of the situation.”

Maj Pattapee confirmed that a police investigation team inspected the room and found no signs of a struggle. However, he declined to name the hotel while investigations are ongoing.