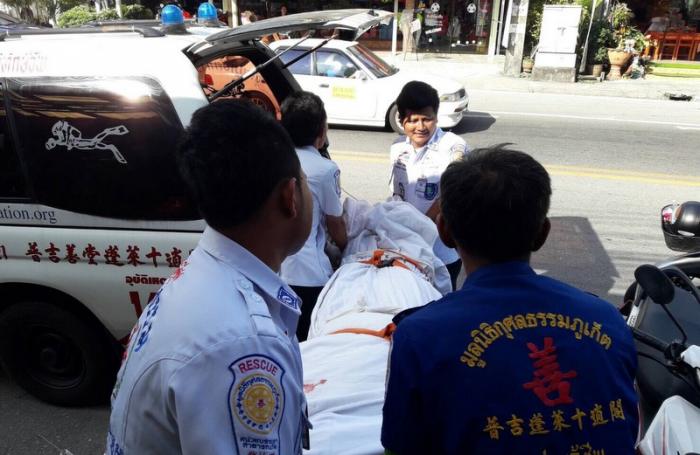 PHUKET: The body of an Australian tourist was found in a Phuket hotel room at about 4pm yesterday. The deceased was believed to have died of a sudden cardiac arrest.

Peter John Bright, 55, was staying at the ‘Hello Yaya Residence’ hotel on Phra Baramee Road. He had been there since February 23 and was due to check out yesterday.

“Mr Bright’s daughter was the one who first discovered his body when she came with her boyfriend to invite her father to lunch. He was lying topless on the bed, with the bottom half covered by a blanket,” said Capt Sirinat Cherdchutrakulthong of Patong Police.

“There was no sign of a struggle and the room was not ransacked. We found some antibiotic medications as well,” the policeman added.

The body was taken to Patong Hospital for further examination.

“According to hotel staff, Mr Bright stayed alone in the room, but had gone out for drinks with his daughter and her boyfriend the night before. He returned home at about 1am with two Thai women in tow,” said Capt Sirinat.

The women left an hour later. Hotel staff members claim the girls “did not look suspicious” to them.

“We are investigating further to find out what could have caused a cardiac arrest. We will also examine CCTV footage to help in locating the two women,” said Capt Sirinat.