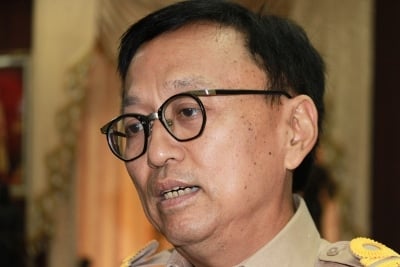 Speaking to the media after the meeting, Phuket Provincial Administrative Organization (OrBorJor) President Paiboon Upatising said, “We want the government to provide a budget of about 2 billion baht to install CCTV throughout Phuket.”

Once installed, the units would also require a maintenance budget, he pointed out.

Phuket Tourist Association President Somboon Jirayus pointed out that the death of Australian tourist Michelle Smith, after she was stabbed during a failed bag-snatch attempt, has had “a very detrimental effect” on Phuket’s tourism industry.

“Association hotel members always warn tourists about the problems that can occur and always cooperate with projects to solve these issues or improve Phuket. Many hotels have cameras, both inside their buildings and facing the road, to detect and identify suspicious characters and record incidents,” he said.

“Phuket has about five to six million visitors a year. All those people are protected by a police force of about 1,200 officers. That’s hard work,” Mr Somboon continued.

“We would like the authorities to consider an increase in police manpower to better reflect to the number of people in Phuket who need protection.

“In addition, we would like a plan to build a new police station in Karon to proceed as quickly as possible due to the urgency of the situation,” he said.

“The country [Thailand] has the laws already, but they need to be enforced more rigorously,” he said.

The Phuket Gazette is currently conducting an online poll asking how best to improve public safety in Phuket. To vote in the poll, click here.