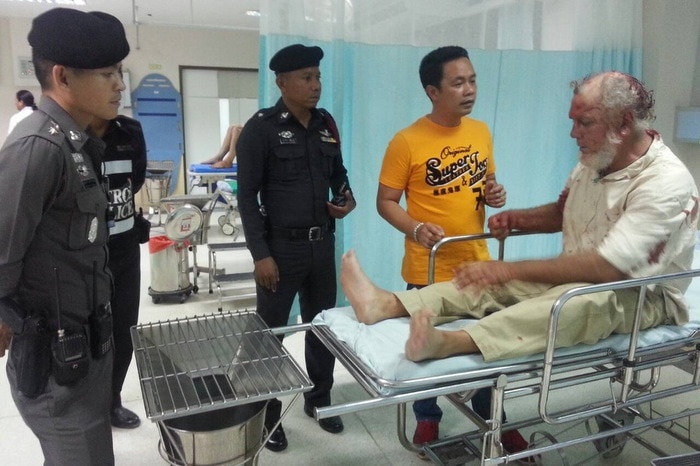 PHUKET: Mark Pendlebury, the Australian expat charged for the fatal stabbing of a Patong nightclub security staffer on March 11, is expected to present himself in court on Monday.

“He must present himself to the court on March 23 in order to comply with bail conditions. I don’t know any other conditions of his bail, but I will be at the court on Monday also,” said Col Jessada.

Mr Pendlebury, 59, faces murder charges for fatally stabbing 25-year-old Sanya Khueawaengmon during an argument outside a nightclub at the east end of Soi Bangla in the early hours of March 11 (story here).

“His lawyer came to meet him at Patong Police Station,” said Col Jessada. “Mr Pendlebury declined to answer questions from the police or provide a statement. He preferred to testify in court only.”

Mr Pendlebury, who ran boat charter tours in Phuket, was charged in court the next day.

“They said that Mr Pendlebury was recording a video clip in front of the nightclub, and Mr Sanya went to stop him,” he explained.

“They started arguing, and the staffers said that Mr Pendlebury then suddenly stabbed Mr Sanya.”

Col Jessada noted that he was not satisfied with the reports he had received so far.

“We will continue to find more witnesses who are not staffers of that nightclub, so we can get more information,” he said.

The legal firm representing Mr Pendlebury declined to comment on the case to the Phuket Gazette.