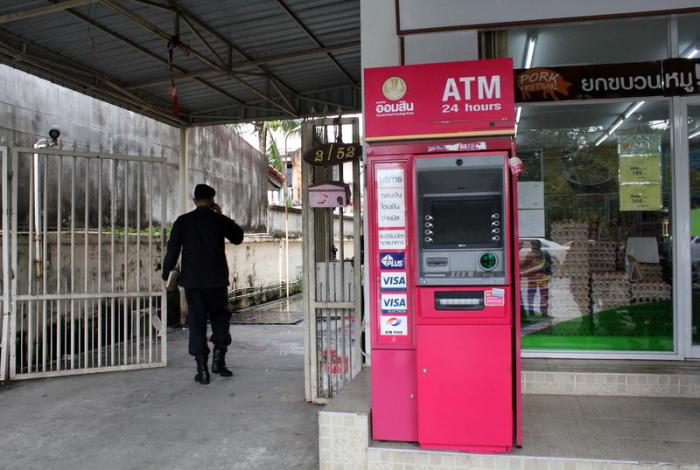 Five GSB ATMs in Phuket were hacked and more than 1 million baht was stolen. In Phuket’s Wichit area alone, an estimated 200,000 baht was scammed out of the ATMs.

GSB officials released information about the mass scam to authorities nearly a month after the rip-offs began. On August 30, authorities had identified one of the suspects as Russian national Rustam Shambasov.

Lt Col Peerapan Meemak of the Wichit Police submitted two more arrest warrants for Russian nationals to judicial courts on Monday. Vitalii Dvoretckii and Aleksandr Grigorev are wanted for theft, fraud and using a vehicle to flee the scene of a crime. Both are thought to have fled back to Russia.