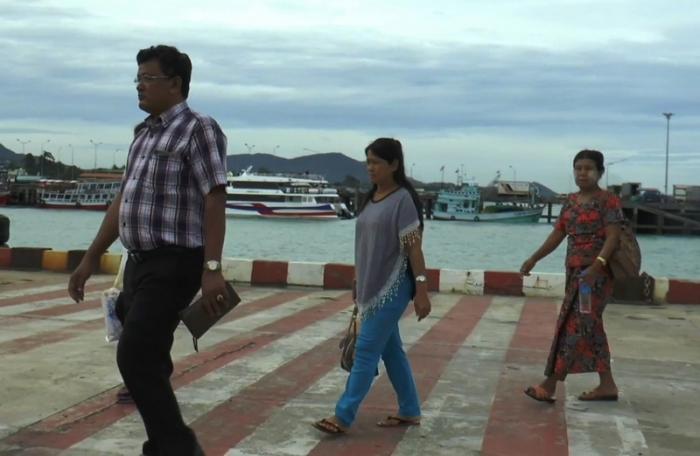 SAMUI: The mothers of two Myanmar migrant workers sentenced to death for the murder of two British travellers on Koh Tao in 2014, arrived in Samui yesterday to file an appeal against their sons’ convictions.

Phyu Shew Nu and May Thein, mothers of suspects Wai Phyo and Zaw Lin respectively, came armed with about 200 pages of documentation to state their case.

Mr Wai and Mr Zaw were convicted of the murders of Hannah Witheridge, 23, and David Miller, 24, in December last year (story here).

The battered bodies of the two British backpackers were found on a beach on Koh Tao in September 2014. Ms Witheridge had been raped and bludgeoned to death and Mr Miller had suffered blows to the head.

Their lawyer, Nakorn Chomphuchart, told The Nation in late March that their appeal was in process (story here).

The mothers will now visit their sons in Bang Kwang Central Prison in Bangkok, said Ms One, the interpreter for the defendants’ legal team.