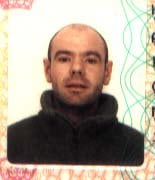 PHUKET: An appeal was issued today for information on the hotel or hostel in which a British man was staying just before he died on April 17. Andy “Jack” Hughes, 34, holder of British passport number 033459439, was involved in a motorcycle accident on April 16 and died the following day of his injuries. Mr Hughes’ body has since been cremated, but shortly before the accident, he moved accommodation to an unidentified establishment, which has made it impossible so far to retrieve his luggage and personal belongings in order to return them to his family. Anyone with information on where Mr Hughes was staying is asked to call the British Embassy representative in Phuket at 01-8934200.