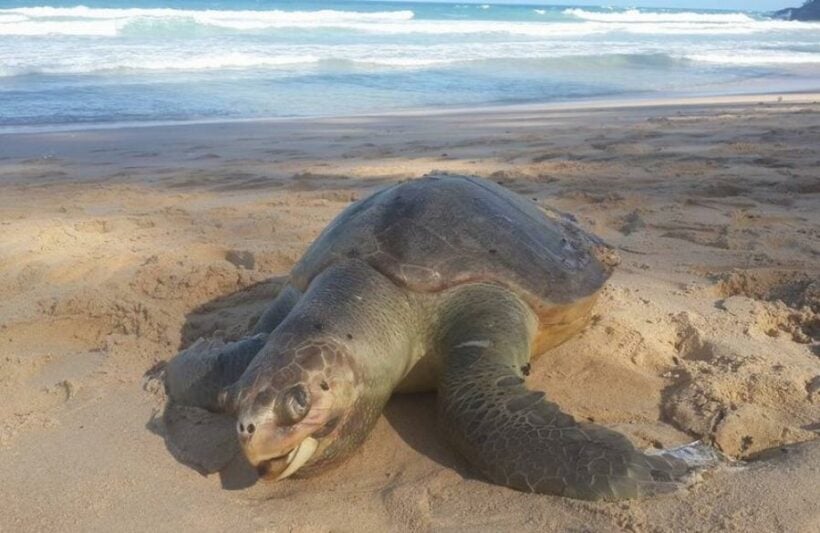 PHUKET: A dead turtle in an advanced state of decay washed up at Surin Beach yesterday, two days after a beached whale in a similar state was discovered in the same place (story here).

They took the turtle back to their lab for further examination and reported that it had a wound on its left arm, which seemed to come from a sharp object such as a boat propeller.

“We also found a large quantity of foam and some undigested fish in its stomach. It seems to have been dead for about a week,” he added.

At this stage officers have yet to provide an explanation, other than coincidence, as to why two dead marine creatures would have washed up in the same place within two days of each other.

In related news, police arrested a bus driver and intercepted a delivery of about 1,000 protected marine creatures from Phang Nga to Phuket yesterday (story here).