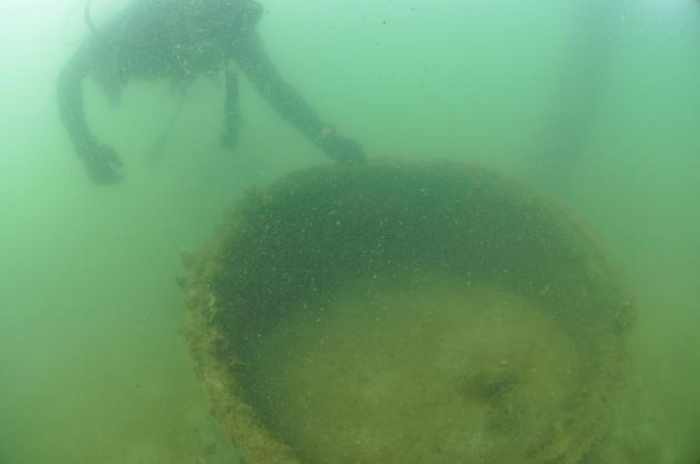 PHUKET: Ancient human bones have been unearthed along with clay pots believed to be up to 5,000 years old in Khao Na Wang Mi in Krabi, across Phang Nga Bay from Phuket.

Following the discovery of the bones in a cliff area in Thap Prik, north of Krabi Town, the Phuket-based 15th Archaeology Office director Riam Phumpongphaet said the office would register the area as an ancient site to prevent further damage to the site.

The state gave a private firm permission to carry out blasting but would no longer allow explosions.

Riam said the belief that an area must be registered before being granted protection was incorrect.

When an ancient-object is discovered and confirmed by the Fine Arts Department, the significance of the find is sufficient for the area to receive protection status, she said. The establishment of a grid system for archaeological excavations and surveys would take at least five days.

In September last year, ancient drawings and earthenware estimated to be between 2,000 and 3,000 years old were discovered in Krabi’s Ao Luek district (story here).

News of the discovery of ancient human remains in Krabi came as the Fine Arts Department yesterday dispatched divers to inspect a sunken ship, possibly from World War II, about a kilometer off the coast of Chumphon’s Lang Suan district.

The team found the 50m by 8m ship on a shallow seabed.

Siri said an initial inspection to determine the metal-hulled boat’s origins would take three days and then there would be a week-long investigation.

He said the boat was damaged in a battle with Allied forces and sunk while being towed to Chumphon.

Some villagers had removed parts of the ship and authorities needed to protect it, he said.

Phuket official assures Patong kingpin not above the law