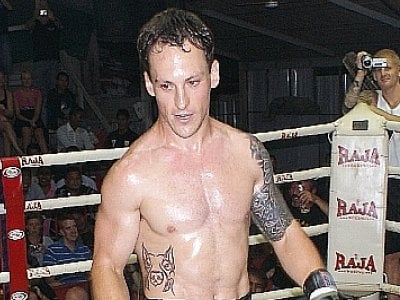 PHUKET: The extradition of British kick-boxer Lee Aldhouse to Thailand to stand trial for the August 2010 stabbing murder of US Marine Dashawn Longfellow now seems inevitable, British media have reported.

Britain’s Sunday Mirror today reported a source in the British Home Office as saying: “The only way he could have realistically avoided extradition is if he would have faced the death penalty if found guilty. But the Thai Government have assured us that he will not.”

Mr Aldhouse has 14 days to appeal the ruling, according to the report.

Nicknamed “The Pitbull”, Mr Aldhouse managed to flee Thailand through Cambodia, but was later arrested at Heathrow Airport in London.