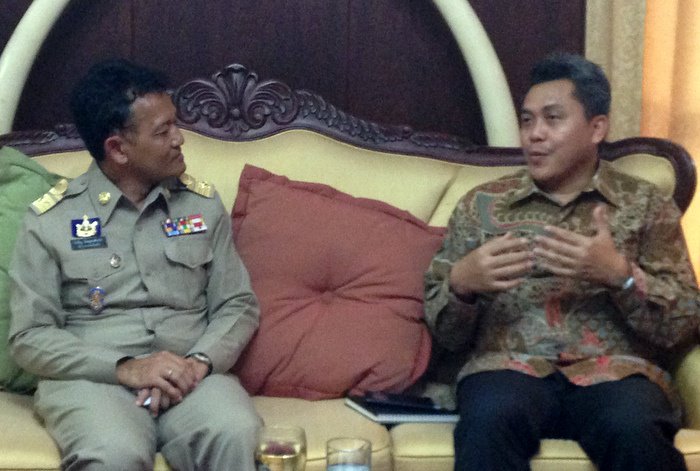 PHUKET: A multi-national fleet of aircraft are expected to arrive in Indonesia today or tomorrow to help combat the forest fires that are belching haze across the region, Indonesian Consul Triyogo Jatmiko told Phuket Governor Chamroen Tipayapongtada today.

“We are very aware of the serious impact that the forest fires are having. So, as ordered by President Joko Widodo, we are intensifying government efforts to battle them,” Mr Triyogo said. “As President Widodo already announced, we are welcoming the partnership of our neighboring countries to assist us in stopping the fires.”

Aircraft from Singapore, Malaysia, Japan and Russia, with a combined carrying capacity of 15 tonnes, are expected to begin water bombing select areas soon.

“We are quite optimistic that with the partnership of our neighboring countries the target set by the president will be fulfilled,” Mr Triyogo said.

President Widodo has demanded that the fires be brought under control by the end of the month.

“We are also making cases against those who allegedly caused the fires.”

A total of 211 cases are currently underway, Mr Triyogo confirmed.

“With this legal enforcement, we aim to ensure that this shall not be repeated in the future.”