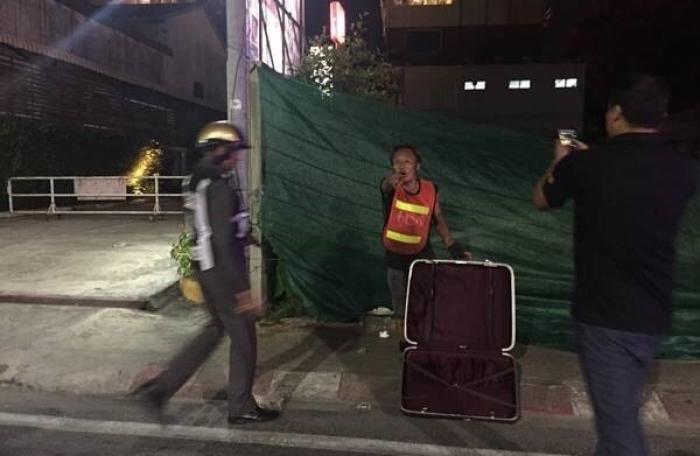 PHUKET: The Explosive Ordnance Unit (EoU) responded to a bomb scare at Yi Teng Intersection in Phuket Town at about 8:30 last night.

Phuket City Police officers received reports of an abandoned suitcase that had been left near a garbage bin.

Traffic came to a standstill as police arrived at the scene and blocked all incoming traffic to the area to examine the suitcase.

“A garbage collector came forward and told us that he had found the suitcase, but that he had already examined it and it was empty,” said Lt Col Chatchai Nhoochum of Phuket City Police.

Traffic was resumed as police and EoU personnel gave the situation the all-clear.

A similar incident caused panic at Phuket’s old bus terminal in Talad Yai District less than two months ago (story here), at which time police had warned that if the luggage was left intentionally in order to create confusion, they would go after the perpetrator with “full force”.

Two killed by electrocution in Phuket