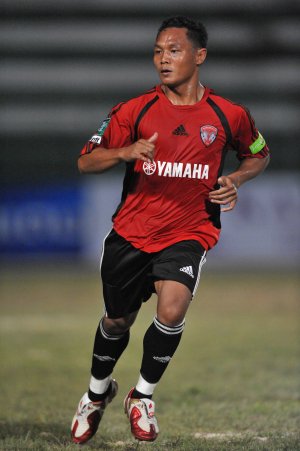 PHUKET: Once again Phuket is set to benefit from political turmoil in Bangkok as an international football match is moved to the island.

It is the second year in a row that a major football match has been switched from the capital to Phuket.

As recently as 2007, Muang Thong Utd were playing in the third tier of the Thai League, which is FC Phuket’s current domain.

The team managed to cap off consecutive promotions by winning the Thai Premier League last year, qualifying them for the AFC Cup.

Their inexorable rise, aided by considerable investment, is inspiring hope that FC Phuket can enter the upper echelons of Thai football.

It will be a crucial match, as Muang Thong Utd are currently top of their group with their opponents sitting three points behind in second place.

Muang Thong will be looking to Ivory Coast midfielder Yaya Soumahoro, who averages a goal every other game, to provide firepower up front.

The team is hoping this trip to Phuket proves more successful than the previous one: a surprising pre-season loss to Vietnamese team Hoang Anh Gia Lai.