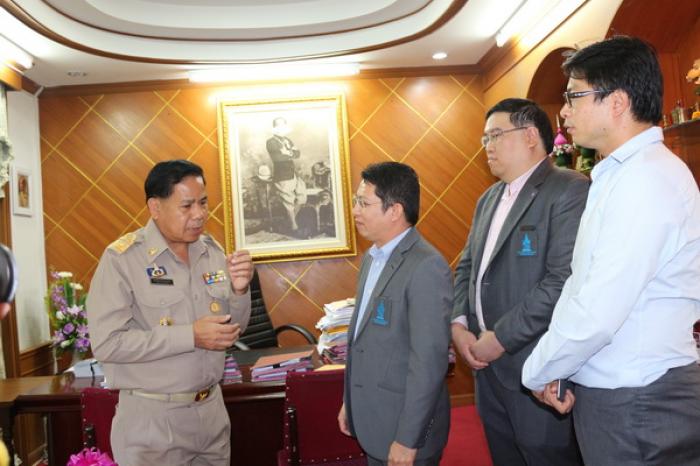 PHUKET: More than 70 per cent of hotel and resort rooms in Phuket are illegal, a problem that is severely harming the industry, said experts in a complaint filed to the Phuket Governor this morning.

“According to our records, there are about 92,000 hotel rooms on the island. Of those, about 70 per cent are illegal,” said Kritsada Tansakul, director of the Thai Hotels Association Southern Chapter. “There are at least 200 hotel owners operating their businesses without the proper hotel licence.”

The letter was accepted on the Governor’s behalf by Phuket Vice Governor Prajiad Aksornthammakul.

“These hotels must be registered. Some of these hotels simply do not meet industry standards. Additionally, by functioning outside of the legal system, they are able to avoid paying taxes that are paid by registered hotels, giving them an unfair market advantage,” said Mr Kritsada.

“Authorities need to check tax reports to ensure that companies are following the law. Legally registered three-star and four-star hotels are the ones being dramatically impacted by these illegal hotels, as the illegal ones are undercutting prices.

“We do not want to see legitimate businesses ruined because of illegal rooms flooding the market.”

In addition to requesting that authorities make sweeping checks on hotel registrations, Mr Kritsada encouraged officials to ensure that all hotels are reporting foreign guests to immigration.

Vice Governor Prajiad assured the representatives of the Thai Hotels Association Southern Chapter that he would pass the letter on to Governor Chamroen and that the matter would be handled.