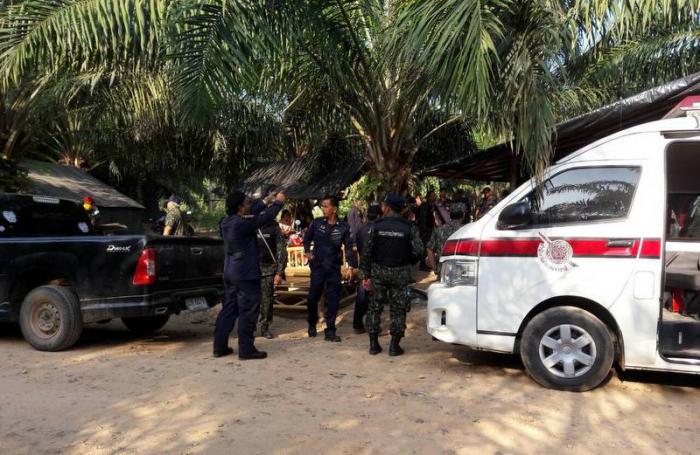 “We surrounded the area to check on the squatters who were trying to claim the land as their own after the previous owner’s license expired,” said Plai Phraya Police Superintendent Chamnan Chamnankij.

“These people were still living on the plantation after being told to leave several times already. We had no choice, but to seize their vehicles and arrest them,” Col Chamnan said.

Col Chamnan confirmed that police were on the lookout for about 200 others for whom arrest warrants have been issued. The mission to remove all the squatters would take about three days, he said, adding that the Royal Forest Department would then be in charge of looking after the area.

However, the squatters insisted that they would continue to fight for their right to live on the land.

“We were told that police would come to check for drugs and criminal activity – we did not know that they would come to force us out,” said one of the squatters, who asked not to be named.

The oil palm plantation, which had been licenced to Univanich Palm Oil, has previously been the scene of similar incidents.

In May 2014, about 100 people rallied outside Krabi City Hall to condemn police and related officials for using excessive force to disperse their rally (story here).

In November last year, about 200 squatters fled the plantation in fear that excessive force would be used to remove them, following a letter signed by the Krabi Governor stating that the protesters had resorted to violent behavior during attempted negotiations (story here).

The very next day, violence broke out at Krabi International Airport between locals and squatters, who were protesting the eviction from the plantation (story here).