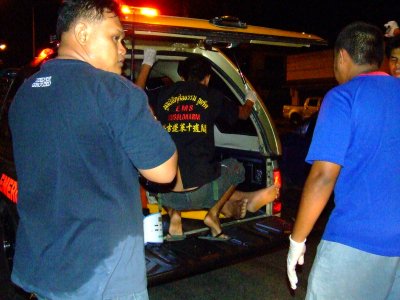 PHUKET: More than 50 foreign tourists have died in Phuket so far this year, according to statistics released by the island’s top police officer at this week’s consuls’ meeting.

By contrast, just 28 deaths of foreigners were recorded in all of 2009.

Although most of the deaths were from natural causes or accidents, the figures nevertheless appear to support the view that violence has increased on the island in 2010.

The consuls’ meeting took place on Monday at Provincial Hall in Phuket Town.

Senior officials from the Foreign Ministry were present, as well as diplomats representing 24 countries. They included German Ambassador to Thailand Hanns Schumacher among their number.

Maj Gen Pekad provided attendees with an overview of the crime situation in Phuket this year.

So far this year there have been 126 criminal cases in which a foreigner was the suspect. They include assaults, murders, sex crimes, thefts, drugs offenses, visa overstays, work permit violations, gambling and drunk driving, he said.

By contrast, there have been 24 cases in which foreigners were identified as victims. These include thefts, sex crimes, assaults and murders, he said.

The amount of crime involving foreigners appeared to be on the increase, Maj Gen Pekad noted.

Nevertheless, the amount of crime was still statistically very small compared to the number of tourists who visit Phuket, he said.