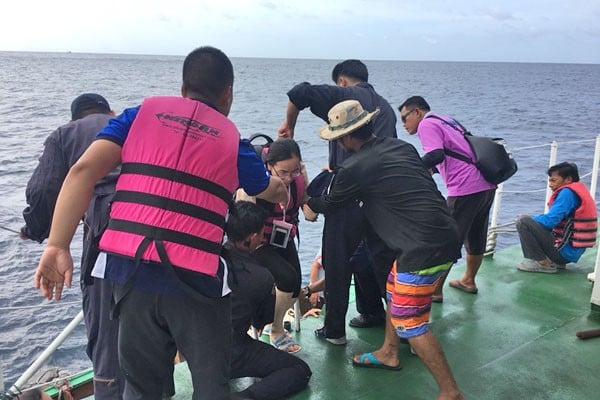 Phuket Marine Officers were called yesterday to bring 40 tourists back to the Phuket Deep Sea Port following another day of strong winds and high seas.

At 10am yesterday (July 11) officers from the Phuket Marine Office headed to Ao Tue at Koh Racha Yai to bring 40 tourist and five boat crew back to the Phuket Deep Sea Port as they were unable to get back to land due to the strong winds and three metre waves.

Officers reported, “They were scheduled to leave from Koh Racha Yai to the the Phuket Deep Sea Port on a tour boat. Before they departed there were three metres waves which presented their tour boat from departing the pier. The Marine Department had also issued a warning about the strong wind and waves.”

“The tour operator contacted us to get help recover the tourists and return them to the Deep Sea Port – the tourists were scheduled to leave Phuket today (Wednesday). They all arrived safely back at the port and made it to their flights on time.” 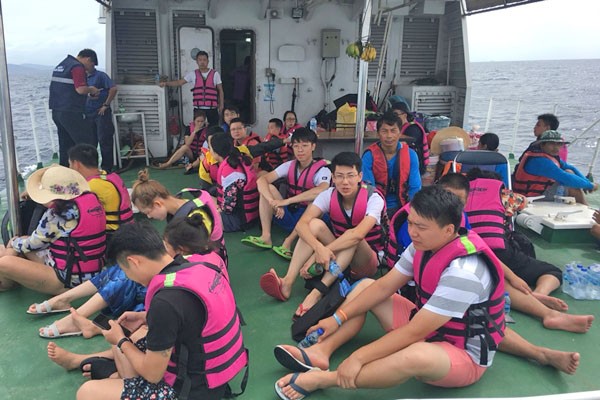