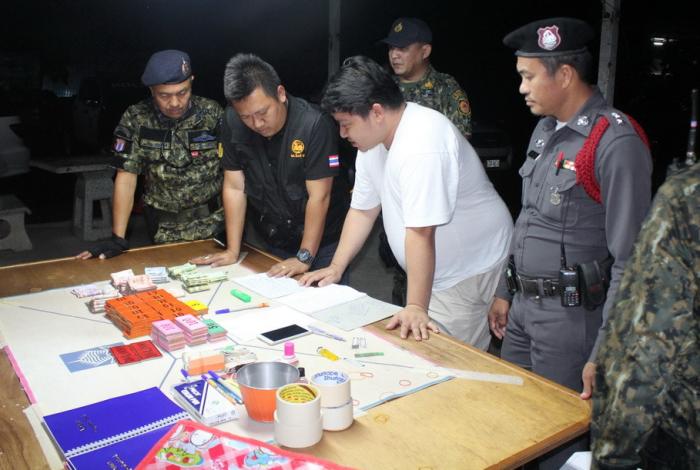 PHUKET: Police apprehended 16 suspected gamblers and confiscated more than 130,000 baht in cash and gambling paraphernalia during a raid of an illegal gambling ring in Wichit yesterday.

City Defense Deputy Jiradet Burarak and other officials led the raid on a house in Soi Thepanusorn at about 6pm after locals complaining about the level of noise emanating from the residence.

The suspects were taken to Wichit Police Station and charged with gambling. Police are investigating further to find out who was behind the operation.