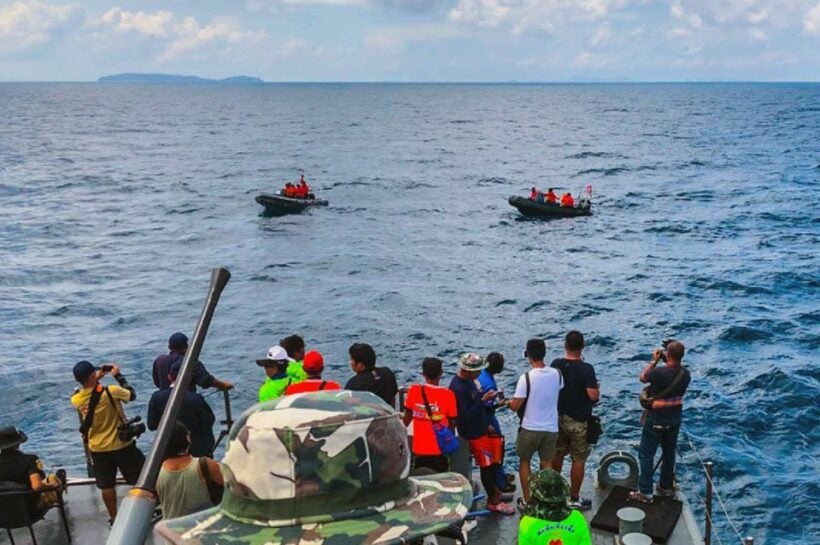 It is now well into the third day of searching for the remaining 15 missing people following Thursday evening’s capsize and sinking of the boats ‘Phoenix’ and ‘Serenata’. Passengers on the Serenata were all recovered but 105 people off the Phoenix – passengers, crew, tour guides and captain – were either trapped inside or ended up in the water. Some were recovered, many died and 15 remain missing.

The search has been expanded to the seas off Koh Phi-Phi and Koh Lanta in neighbouring Krabi province. Weather conditions today have been hampering rescue and recovery teams with fresh westerly winds kicking up a steep chop in the search area.

One victim remains trapped inside the hull of the Phoenix which remains sitting on the bottom of the Andaman Sea, some 47 metres underwater.

The captain of the dive boat claimed the seas at the time were up to 4-5 metres, that the Phoenix ploughed into a wave, taking on a lot of water. The boat’s pumps were over-whelmed, according to the captain, the boat listed (leaned over) to one side and started sinking.

The boat was travelling between Koh Heh and Koh Maiton off the south-west coast of Phuket on Friday late afternoon. 49 passengers were rescued, 41 were confirmed dead and 15 remain missing.