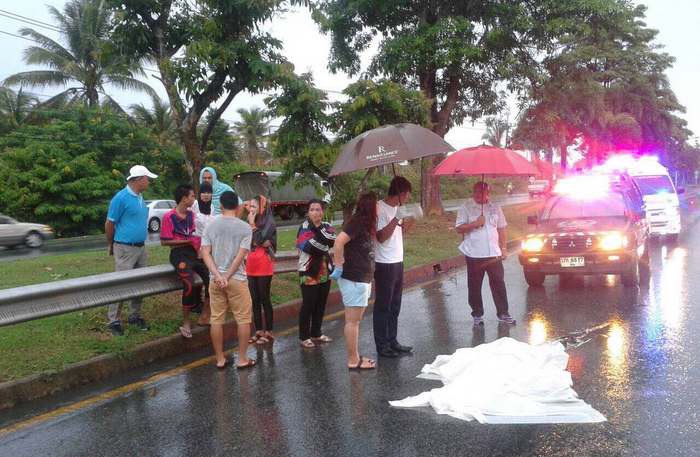 PHUKET: An 18-wheeled truck hit and dragged a 12-year-old girl to death after she fell off the back of her mother’s motorbike this morning.

Vassana Kaewkumpa, 40, screamed for the truck driver to stop as it continued down the southbound lane of Thepkrasattri Road just past the Tah Chat Chai checkpoint, explained police.

“Ms Vassana found the body of her daughter in the road, almost one kilometer away from the scene of the accident,” Maj Santi Prakobpran of the Tah Chat Chai Police said.

Latthaporn Duongkae was pronounced dead at the scene by rescue workers.

“The 18-wheeled truck allegedly struck the motorbike, causing minimal damage, but knocking the mother-daughter pair off it. Nong Latthaporn fell under the wheels and was dragged for almost a kilometer,” Maj Santi said, adding that “the driver fled the scene.”

Police are reviewing CCTV footage to identify the driver.

Both Ms Vassana and the body of Nong Latthaporn were taken to Thalang Hospital.