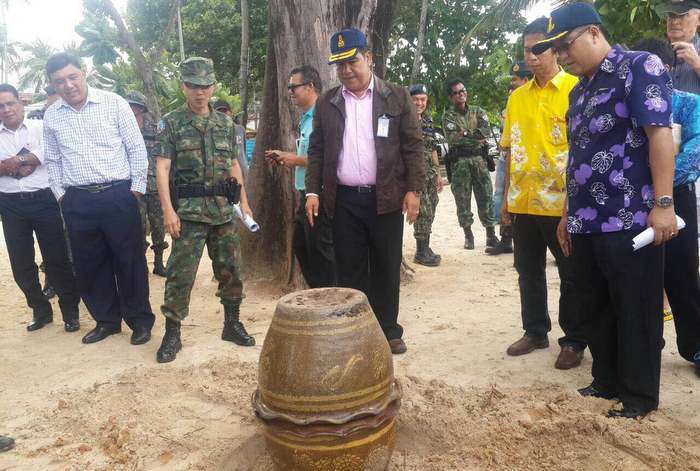 PHUKET: Patong Beach has become the first beach on the island to have the official 10 per cent zone implemented, confirmed Phuket Vice Governor Chokdee Amornwat yesterday.

“There have been a number of reports circulating in the English-language media about Governor Chamroen Tipayapongtada saying at a meeting earlier this week that tourists could put loungers and umbrellas anywhere on the beaches,” said V/Gov Chokdee, who was put in charge of overseeing the beach management plan.

“Governor Chamroen was sharing his thoughts on the beach management situation, but was not establishing rules or giving a conclusion on the matter. I assure you that the ban on chairs, loungers and umbrellas outside of the 10 per cent zones will be enforced.”

After close to a full year of confusion in a seemingly farcical attempt to create a unified plan for all Phuket beaches, the highlight of which was a police hand-out in February of nonsensical fliers reading ‘No Summer Dream’ on Patong Beach (story here), the government has announced a new policy called ‘Phuket Beach Model: 1 Beach, 1 Announcement, 1 Map, 1 Authority’.

“The local municipalities and local district offices will work together to decide which part of the beach is to be set aside for the zone,” confirmed V/Gov Chokdee. “Within this 10 per cent zone, tourists and vendors can only set up umbrellas and beach mats. Beach mats are allowed outside of the zone, but umbrellas are not.”

Earlier this week, Patong became the first beach to have large markers placed at the corners of the zones. Zones on the other beaches will be established over the next few weeks.

Zones are being calculated as 10% of the length of the beach, with no predetermined width. However, the Phuket Land Office has been tasked with measuring the area of each beach, taking into account low tide and high tide, so that the zones can then be based on area, confirmed V/Gov Chokdee.