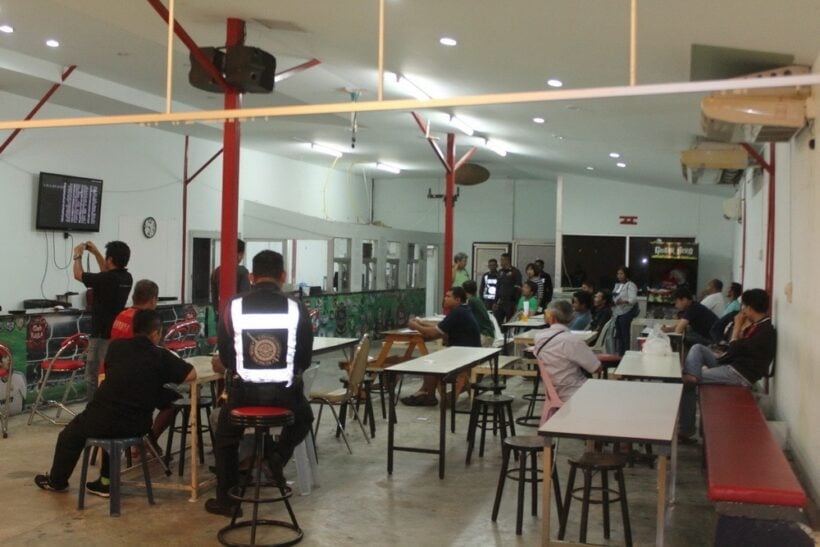 They started with a bistro calleded Lucky on Takuapa Road where police received complaints from locals that there was football gambling going on inside.

The front of the shop looked like a normal bistro selling food and beverages but walking further into the back of the restaurant revealed a big room with a group of people sitting on a long row of tables watching a football match with their betting sheets in hand. There was also a staff counter with a computer for each staff to receive bets from the gamblers.

Another police squad raided a bistro named Ko Cha on the same street and found the same type of room built at the back of the shop, also full of gamblers and staff.

The third den was located next to a shop named ’39’ on Anupas-Phuketkan Road and a fourth was a shop with no name located behind a garage on Sakdidech Road. Gamblers with a list of football bets were found at each of the locations.

All are assisting Phuket police with their enquiries. 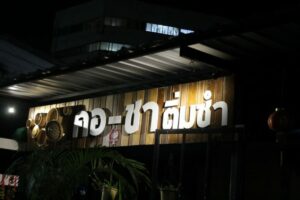 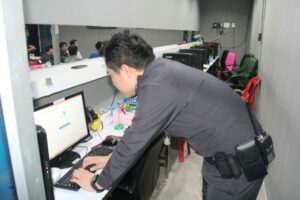 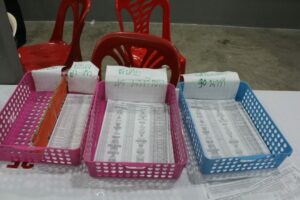