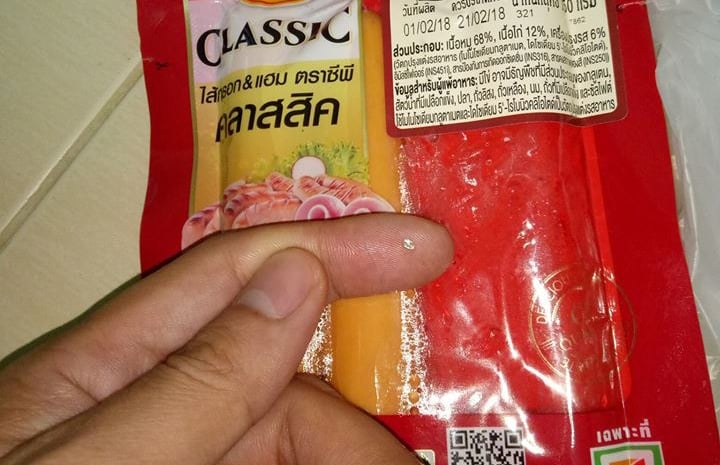 A Phuket man posted pictures of a sausage he bought from 7-11 on February 6 with the caption ‘Be careful when eating. There’s a small item that looks alike aluminium in the CP sausage. I bought it 20 minutes ago and luckily bit exactly here, otherwise it would have gone in my stomach’.

He also added, ‘CP said they have production standard. Imagine if a child eats this and didn’t notice, what would happen? I definitely did not place it there. Be careful. Never thought I would have this experience myself. Bought from a Phuket branch of 7-11.’ 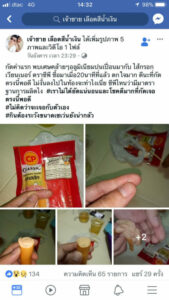 After checking with the man, he says that he bought the sausage from the 7-11 nearby Srisuchart Village in Rassada sub-district.

“I opened the package, ate the first one until the middle and found the item so I stopped and took photos of it to warn other consumers,” he said.

“I don’t want anything from the company but want to warn other people. The representative from CP has already contacted me to take the sausage to check, but I didn’t give it to him because I don’t want the matter to be silenced.” 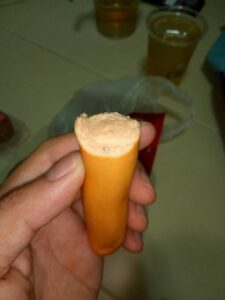