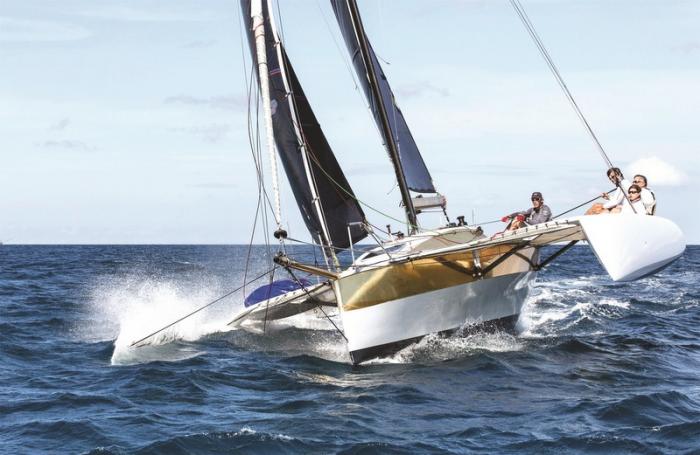 The Phuket King’s Cup Regatta is back this year at the Beyond Resort Kata with a particular focus on growing the sport of youth sailing in Thailand.

The regatta also encompasses an International Dinghy fleet, a fast-growing racing program designed to promote and encourage youth sailing in Thailand. Many of the young sailors attending will hopefully go on to join the crews of full-size keelboat racing teams and compete in the larger Phuket King’s Cup Regatta in future years.

Kevin Whitcraft, President of the Phuket King’s Cup Regatta Organizing Committee, says, “We would like to thank Kata Group and the Government Lottery Office for their kind and enduring sponsorship of the Phuket King’s Cup Regatta, now in its 31st year. Following last year’s 30th Anniversary landmark race and event series, this year’s regatta already has over 75 keelboats confirmed to participate, so the regatta endures as a big attraction for sailing teams from around the world”.

“For 2017, we also have a special focus this year on growing the dinghy components of our overall regatta, as we in the sailing community in Thailand can feel the positive effect this is having over years and years as the sport of sailing continues to grow in popularity here”, says Kevin.

“We will host our Race Management and opening and closing events at Beyond Resort Kata this year, reflecting the more modern, agile and accessible changing face of this legendary race”, he concluded.

Maya Bay is Number 9. What is the World’s Best Beach?