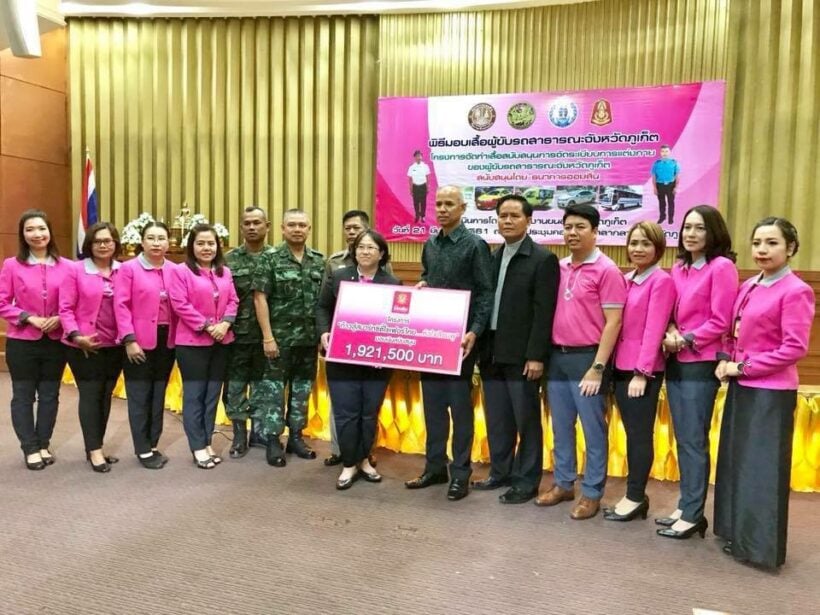 The shirts that were given away were sponsored by a budget from the Government Savings Bank (GSB) for 1,921,500 Baht. 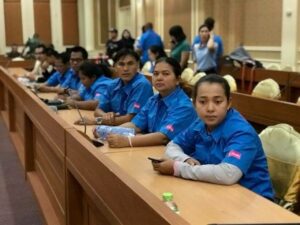 “After we evaluated and planned to rearrange the public transportation standards in Phuket, one of the aspect we wanted to change was the uniforms of the drivers to make them look more organised and uniform in appearance. This will give a better image of the island’s public transportation and of the drivers as well,” said Chief of Phuket Land Transport Office, Banyat Kanta.

Meanwhile, the Deputy Director of the GSB, Jiraporn Nukijrangsan, said that the bank was delighted to support the drivers and the grant will also assist the tourism image of the province.

Apart from the sponsorship, the bank is ready to support the ‘GSB Pay’ as another step in Phuket becoming a smart city where people can spend via QR code. 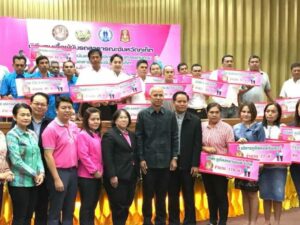 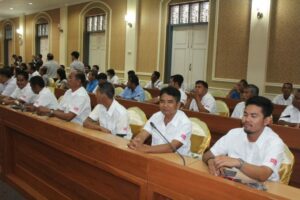