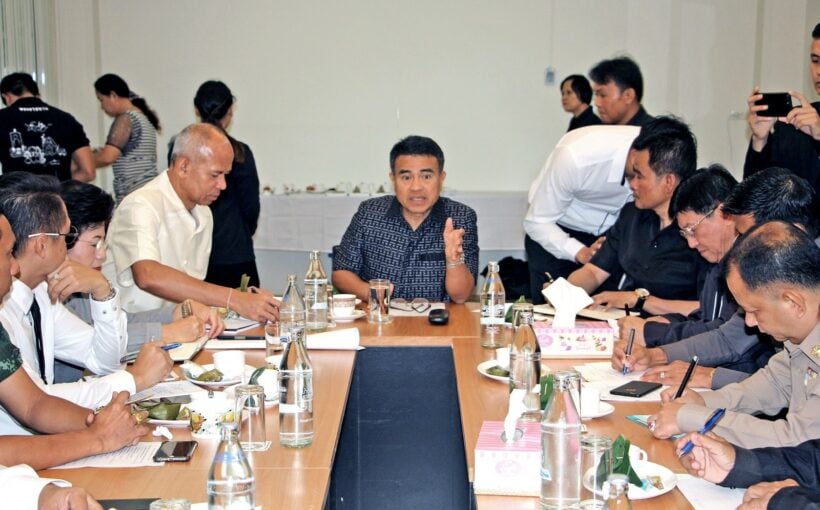 During the meeting at Provincial Hall today (October 3), Phuket authorities have updated the progress for the Late King’s cremation ceremony in Phuket.

The Phuket Provincial Offices of Public Works and Town & Country Planning officer, Tawee Homhuan, said that the royal funeral pyrotechnic model on the main stage of Sapan Hin Park is about 90% completed and 99% is expected to be done by October 10.

The wood flowers giving-ceremony will take place in all three districts of Phuket to accommodate the local people in each area. For those living in Phuket town, the ceremony will be at Sapan Hin Park, for Kathu people, the ceremony will be set at Ket Ho Temple and people living in Thalang can join the ceremony at Manik Temple. The locations are chosen according to their high capacity as it’s anticipated there will be a lot of people at the ceremonies. The spot for placing the flowers is created following the design of the Fine Arts Department.

Meanwhile, the Governor has ordered the departments involved to create a plan of Sapan Hin’s main stage and the main avenue will be inspected tomorrow. Once the plan of the main stage is done the organisation of volunteers working for different tasks during the ceremony will be sorted out. Vice Governor Sanit Srivihok, alongside police and the local Internal Security Operations Command, will take care of all security aspects.

Also, the Governor scheduled big cleaning days from October 15 – 20 for the coming cremation ceremony of King Bhumibol Adulyadej where everyone in Phuket can participate.

And the next Thailand election date is… ?