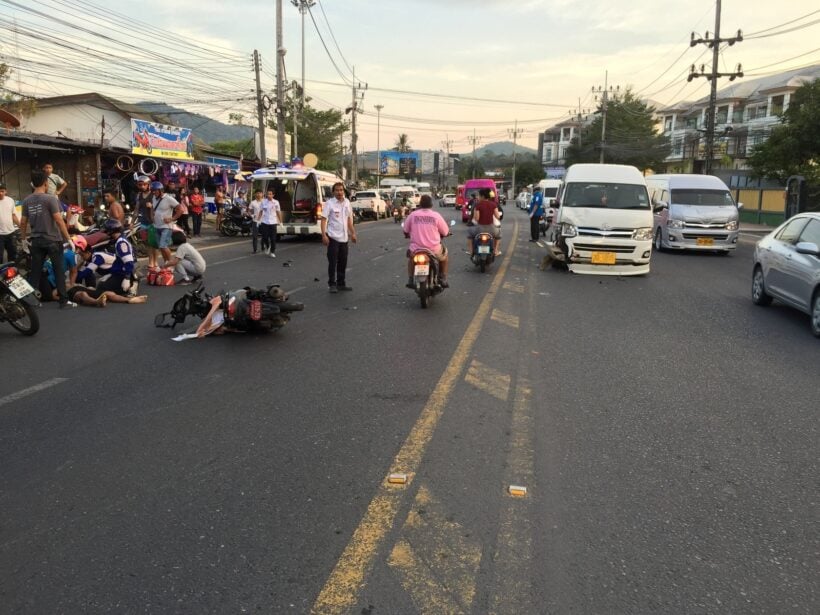 A 25 year old man from Phattalung, Wanlop Pothongkham, cut in front of a van with his motorcycle and was killed yesterday (March 25).

At the scene, on Wichit Songkram Road before Plus Condo 2, Kathu police found the van with the 43 year old driver, Somporn Kohsaman, parked on the left lane of the road with damage on his car’s right front light. On the right lane of the road, there was the Wanlop’s motorcycle. The rescue team applied first aid before sending him to Phuket International Hospital where he died later.

After an investigation, police have been told that Wanlop left the Plus Condo 2 on his motorcycle. Police say he tried to cross to the other side of the road by riding against the traffic flow and cut in front of a van before the crash.

The van driver has been checked for alcohol consumption but the results came back negative while police have asked the hospital to check alcohol in Wanlop’s blood as well.