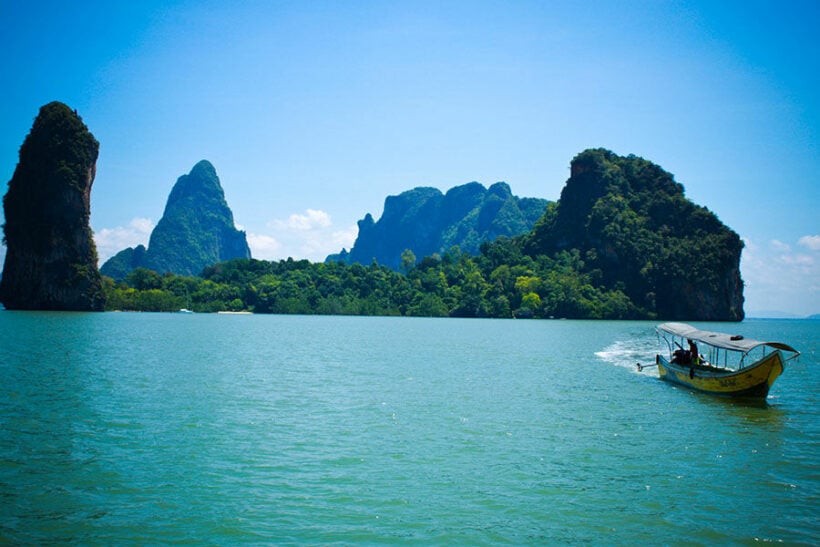 Tourism officials in the southern province of Phang Nga hope to welcome 30,000 foreign tourists in the last quarter of the year. Such numbers should generate around 2.5 billion baht in revenue, according to a Bangkok Post report.

The Tourism Authority of Thailand says that after the opening of Certificate of Entry registration for the 7+7 extension scheme, over 700 hotel room nights were booked for the August – September period, across 4 areas, including Phang Nga. The 7+7 travel extension scheme allows tourists who’ve spent 7 days on Phuket through the island’s sandbox scheme to visit other specified destinations, such as Khao Lak and Koh Yao in Phang Nga.

The Bangkok Post reports that travellers in Khao Lak will be permitted to remain in the districts of Muang and Takua Pa, while having daily checks at their hotel. Checkpoints will be in place, where officials can advise tourists of the zones that are open to them. On Koh Yao and Khao Lak’s Natai beach, tourists will be required to use SHA Plus accredited operators only.

As was initially said about the Phuket sandbox, the scheme could have additional restrictions applied if Phang Nga reports over 90 cases a week or hospitals reach 80% occupancy. And should the virus begin to spread in an uncontrollable manner, the scheme will be suspended.

For now, Chayabol Hirankanokkul from the Phang Nga Tourism Association remains optimistic. He says the southern province has received around 5 or 6 bookings for the remainder of this month, but this is expected to increase to around 5,000 next month, generating around 800 million baht in tourism revenue. 75 hotels in the province have received the Safety and Health Administration Plus, with 25% expected to re-open in the first stage of the travel scheme. Subject to the Covid-19 situation improving, Chayabol says between 50 and 60 accredited hotels should re-open in the last quarter of the year.

KaptainRob
13 minutes ago, Artemis080 said: They have never once got it right and continue to make claims which are, at best and politely put, fictional dreams. Unfortunately many foreign tourists believe official propaganda and in lieu of genuine data we will never…
Griff1315
I "HOPE" to win the lottery  Think my chances are nil but still better than theirs
kmc
vacation with a mask at a prison!

PapayaBokBok
20 minutes ago, kmc said: vacation with a mask at a prison! How TAT envisions it when they try to sell this BS to people with brains...
Dialemco
KP is difficult to get to. Samui plus should be incorporated into the Phuket Sandbox with same restrictions and freedom of travel to Samui and KP after 7 days of negative tests in Phuket