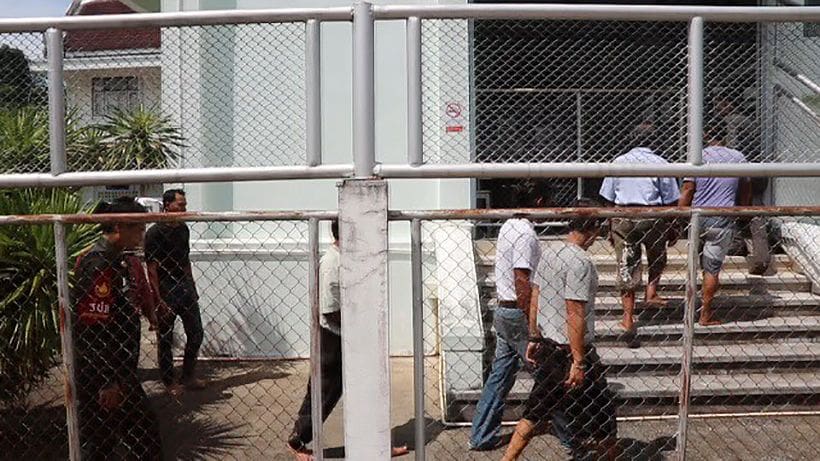 A Phang Nga court has convicted 11 men and sentenced them to lengthy jail terms for gang-raping a 14 year old girl in the province last year.

Read the original story we broke on The Thaiger HERE.

News about the assaults came to light in September 2017 after the mother filed charges with police. She outlined a litany of abuses accusing up to 40 men in her Koh Raet community of repeatedly assaulting her daughter. It came to light that the daughter was often left home alone in the evenings while her parents went out to work in a nearby rubber plantation.

Community elders and relatives of the men turned the attack onto the family accusing them of being liars saying that their reputations had been tainted.

The Phang Nga provincial court handed down findings that all defendants were guilty of multiple counts of rape on the underage girl. The Court said they gang-raped the victim in her home at least 16 times between May 2016 and February 2017.

The Court determined that Worachit was the first to assault the girl and forced her onto the beach to be raped by other men from the village. He also filmed and took photos of the assaults to blackmail her. Warachit and Boonpoj forced the girl to take drugs before the other men assaulted her.

In other convictions, Keerati Sumen was sentenced to 45 years in jail. Rangsan Chailiang received a 20 year sentence, Sayan Sumen and Nawik Jareuk got 15 years each. All have been ordered to pay the girl and her mother 18 million baht in damages.
A representative of the Muslims for Peace Foundation, who represented the young victim, said he was pleased with the ruling. Rochitdee Raimancha says the Foundation will continue to assist the girl and her mother, who have since to Bangkok to start a new life.
An attorney representing the accused says they will file an appeal over the convictions as he believes some of them are innocent.
The story was one of the most reported on The Thaiger in 2017. Here’s another of the reports as the full extent of the crimes unravelled, to the horror of Phang Nga locals.

Man found dead in his car at Ranong