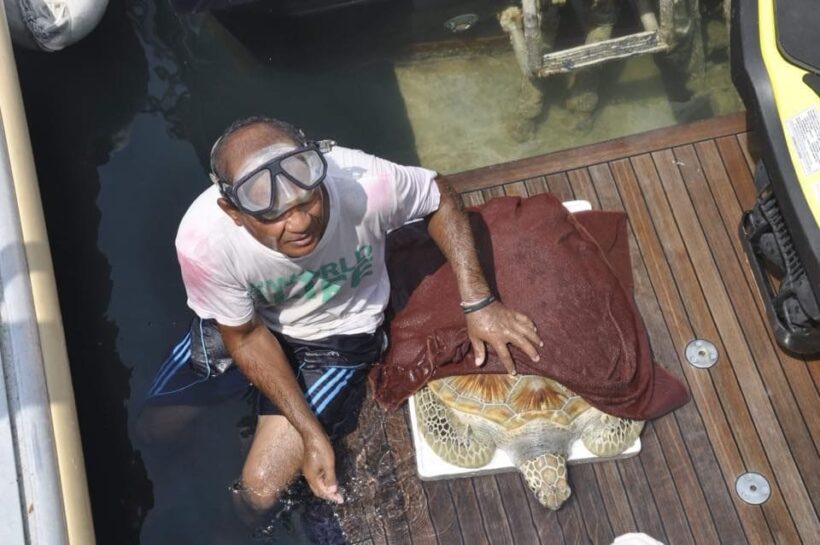 A Green Sea Turtle has been saved after eating bits of a fishing net and plastic in Pattaya last week.

The Sea Turtles Conservation Centre of the Royal Thai Navy reports that they were notified by hotel staff in Pattaya that a sea turtle was found on the beach.

The Green Sea turtle was 59 centimetres wide, 54 centimetres long and weighed 22 kilograms. It was believed to be around eight to ten years old.

The turtle was weak but no wounds were found. Its eyes had become infected.

The turtle had eaten some fishing net, fishing line and plastic. It was treated before being released back to the sea.

A Green Sea Turtle, tangled in a fishing net, was washed up on a beach in Prachuap Khiri Khan yesterday. It was found dead. 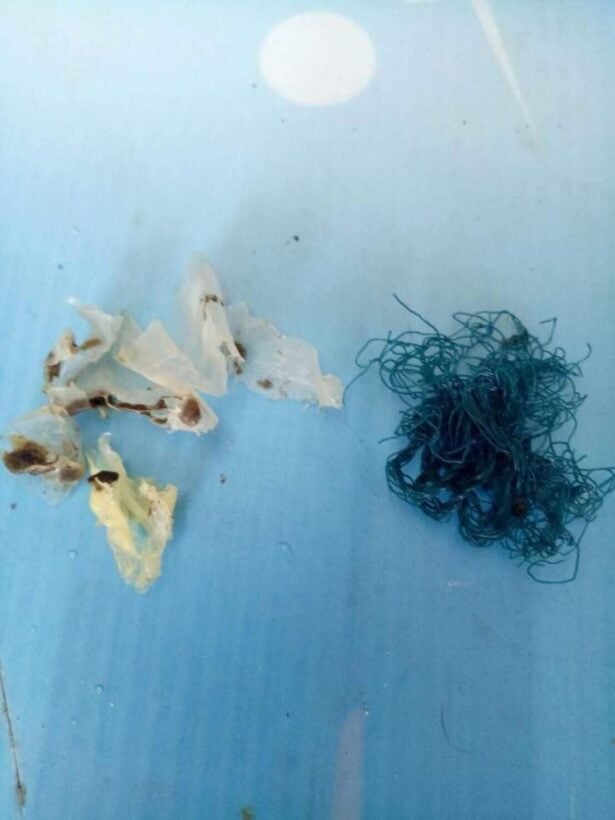 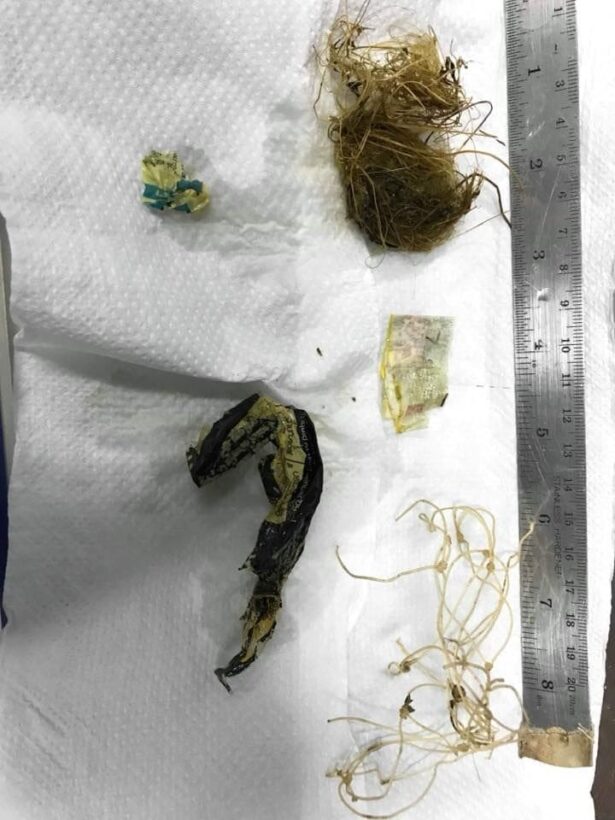 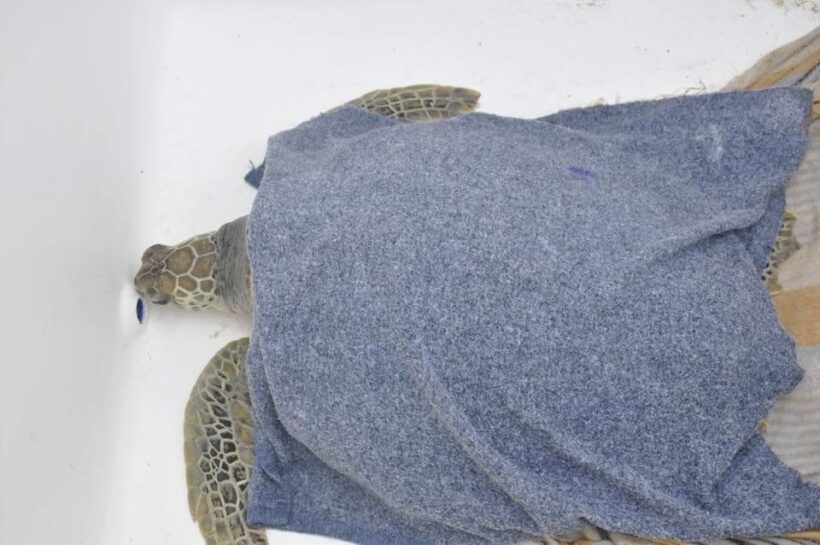 British man, serving a 50 year sentence, waits to be transferred to the UK