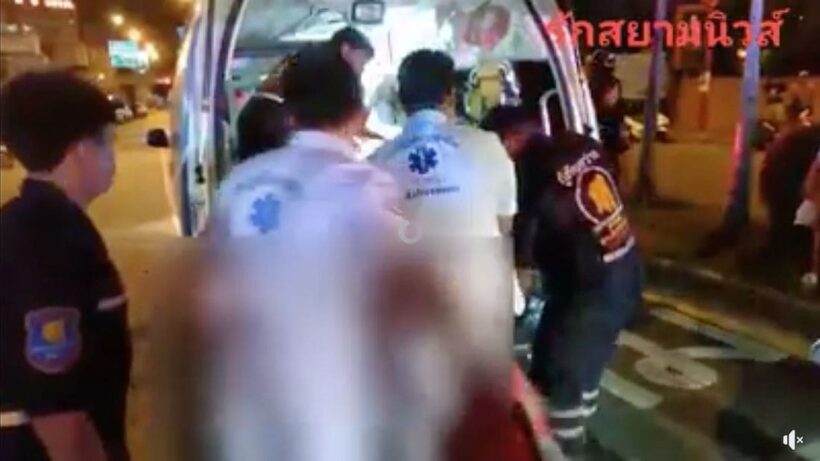 A 35 year old Russian tourist has been knocked over near the bridge leading to the Bali Hai port in South Pattaya on Saturday night. Meanwhile, two Kuwaiti nationals were in Bangkok Pattaya and Pattaya Memorial hospitals with multiple fractures and other injuries following the apparent collision. Pattaya media report that they were part of a gang of ten middle eastern men on motorcycles racing around the streets of Pattaya.

Ruk Siam News have identified the woman as Anna Ksina.

The Run Siam video shows a crowd of passers-by watching as Sawang Boriboon Foundation officers give her CPR before being taken to hospital. She was pronounced dead when she arrived.