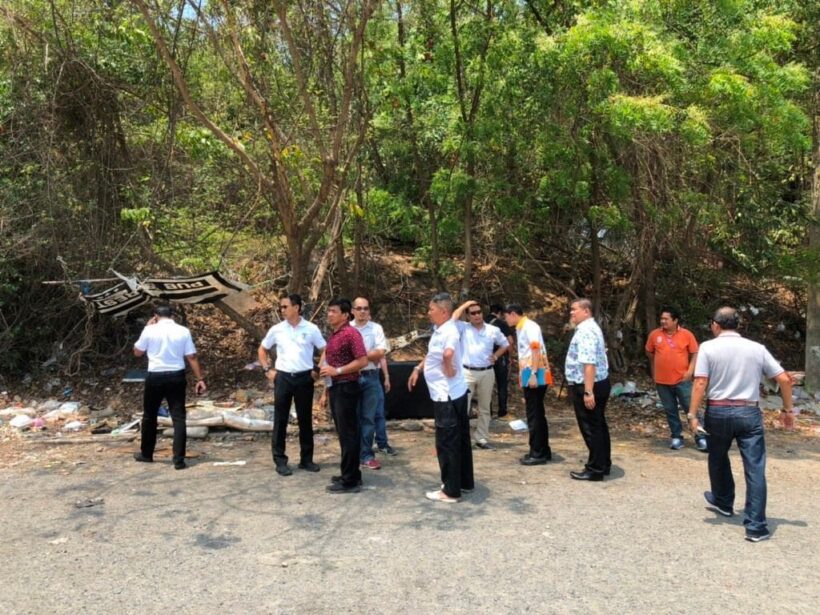 Deputy city mayors Manote Nongyai and Pattana Boonsawat toured the Phra Yai Temple area with engineering and public works staff on Pratamnak Hill at the end of last month with an eye toward redevelopment of the temple, the Wang Sam Sien Chinese shrine and Attajinda Road.

Pattaya was originally offered five rai of Ministry of Defense land from the Royal Thai Navy. After the rights were transferred, Pattaya improved the landscaping but found numerous private ventures were encroaching on part of the land. The city ordered all the encroaching structures to be removed in October 2016.

Among them was the popular Wang Sam Sien, built by the Mahakitpaisan Foundation, which was also removed after a battle that ended in the Supreme Court upheld the court order for it to be removed.

City officials originally planned to remove the shrine, but changed course and will now manage it directly. Now the city is looking to beautify landscaping and add facilities to bring more tourists to the area.

Pattaya’s wide new beaches have been washed out to sea

Big, wide beaches, but where are the stars of the show?