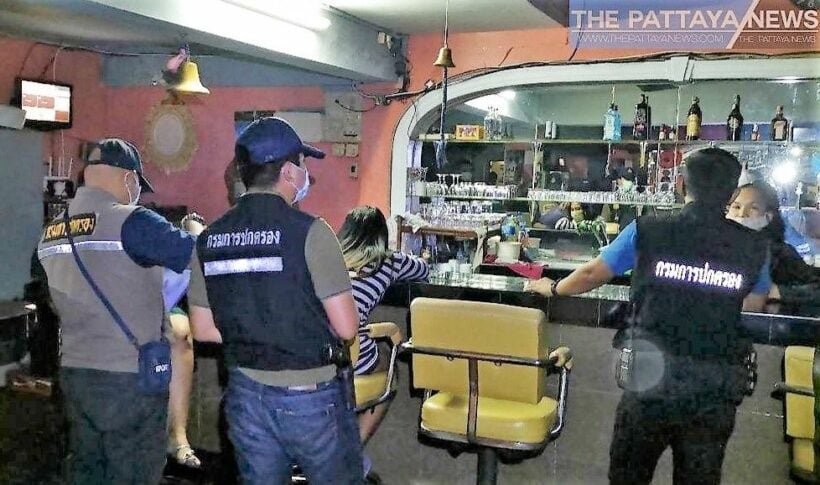 Police in Pattaya have raided a small bar just outside the city for violating the Covid-19 emergency decree by being open and selling alcohol.

The Pattaya News reports that the raid took place at The Pussycat Club near Village Number 6 in Nongprue at 9pm on Saturday. Police officers were acting following a tip-off that the bar was open and selling alcohol.

On arrival, the club appeared to be in darkness, with a closed sign on the door, but officers could hear voices inside. 8 people, 5 Thais and 3 foreigners, were found to be drinking on the premises, violating the ban on social gathering for the purpose of consuming alcohol.

The bar owner, 41 year old Chanita Kiddee, has allegedly admitted to having her bar open and was taken to Nongprue police station alongside with her customers, all of whom will appear in court in the near future. The penalty for violating the emergency decree is a fine of up to 100,000 baht and up to 2 years’ imprisonment.