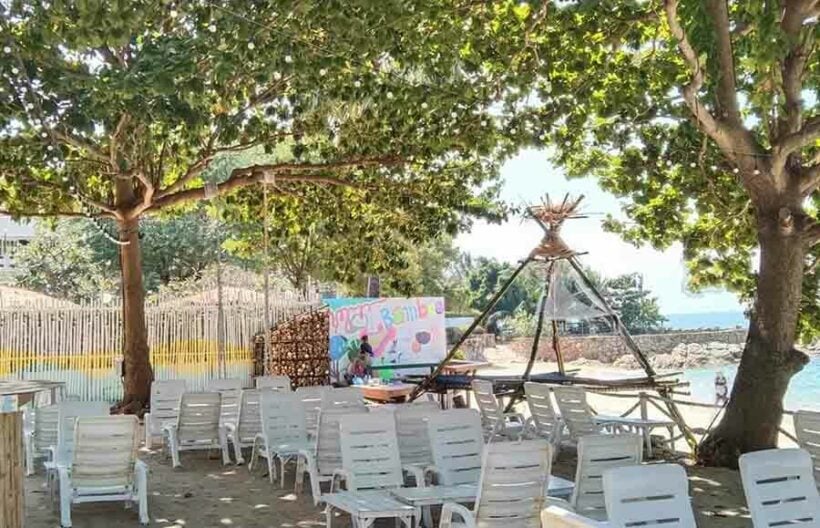 Police in Pattaya have raided a beach club and arrested at least 66 people accused of violating the emergency decree. According to a Pattaya News report, the raid took place at around 8.30pm last night and those arrested were a mixture of foreign and Thai nationals.

37 Thais and 29 foreigners are accused of drinking, partying, and mingling, in violation of strict Covid-19 restrictions in Chon Buri, which was recently added to the list of “dark red”, maximum control provinces. The Pattaya News reports that the raid occurred after an undercover agent was sent to the venue to confirm they were open, in violation of Covid-19 restrictions.

The move came after several concerned members of the public reported that the club remained open and was selling alcohol, and not adhering to Covid-19 prevention measures. Restrictions in Chon Buri mean there is a ban on dining-in at restaurants, beaches are closed, entertainment venues are shut, and there is a ban on the sale of alcohol. In addition, gatherings of more than 5 people are not permitted, with that number reduced to 1 if alcohol is being consumed.

The authorities say that when they arrived at the venue, they found dozens of people eating, partying, and drinking alcohol. It’s understood a number of customers tried to flee when the police arrived but were caught. Those arrested are expected to appear in court tomorrow to hear the charges against them. It’s understood charges will also be brought against the venue. Violating the emergency decree carries stiff penalties, including heavy fines and prison time.

MrStretch
At least 66 people?  The math shows 66...where does the "at least" come from?

gummy
8 minutes ago, MrStretch said: At least 66 people?  The math shows 66...where does the "at least" come from? You should be directing that question to Maya Taylor the reporter credited with his article  I guess

MrStretch
Just now, gummy said: You should be directing that question to Maya Taylor the reporter credited with his article  I guess  Or the headline writer who wrote "Over 66..."
vlad
At least the majority of the party goers were locals.
Stonker
Why do they not name the bar?