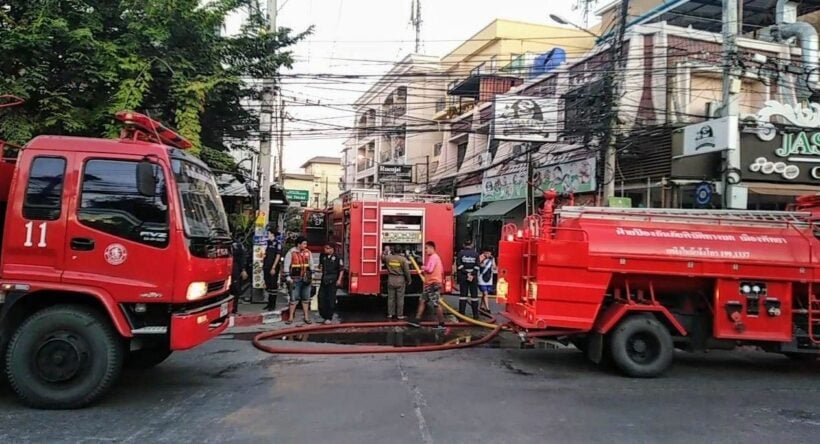 A mother and her two year old son have survived a blazing apartment fire in Pattaya. Firefighters were called to the apartment building just off  Third Road, near a popular coffee shop.

They arrived to find an intense fire destroying the entire top floor of the building. It took around twenty minutes to control the fire which started near the roof. The exact location is still being investigated.

One resident said she heard a noise on the roof while lying in bed. At first, she thought it was raining, she says.

She smelled smoke and got up to investigate, when she saw a massive fire had broken out. She took her sleeping son and safely ran from the building as smoke filled her apartment. No one else lived in the building so no one was injured in the blaze. Police are investigating the cause of the fire. 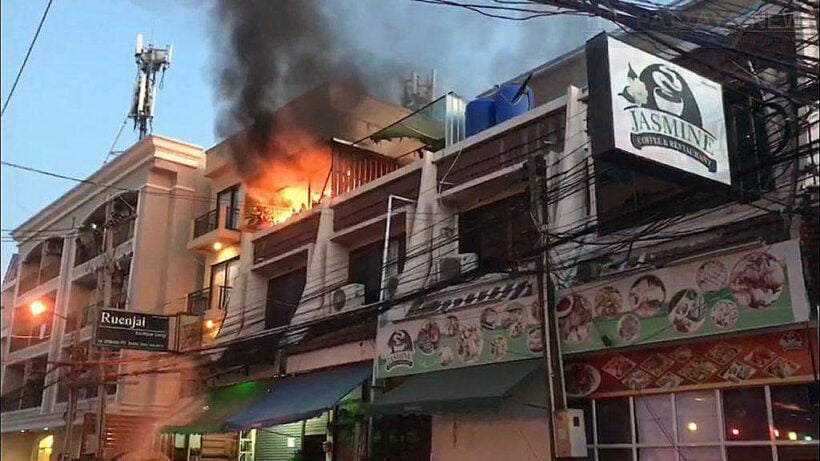