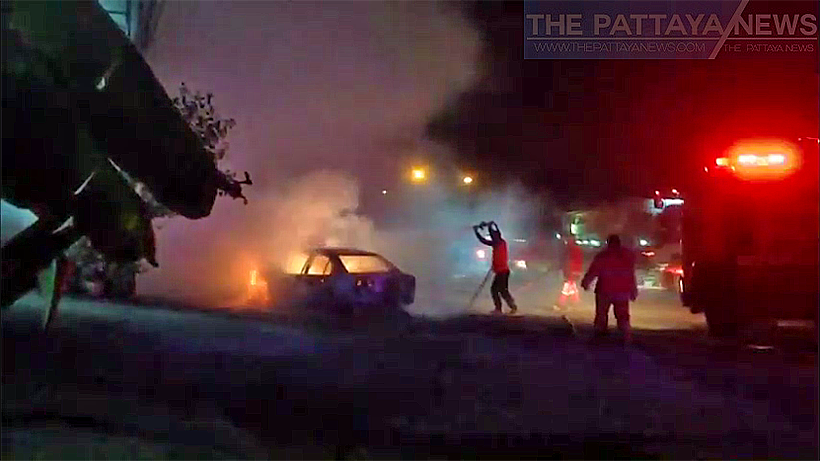 A family in Chonburi, eastern of Bangkok, has had a lucky escape after the car they were travelling in broke down and then spontaneously burst into flames.

The Pattaya News reports that the incident took place as 26 year old Kittisak Jitman was returning from a shopping trip with his family. The car engine cut out, so he got out and opened the hood of the car to see if he could fix the problem.

At that moment, a fire appears to have started somewhere under the hood, with Kittisak’s wife and child managing to escape from the car.

Firefighters were called to the scene and it took about 10 minutes to extinguish the flames, which, by then, had completely destroyed the car.

The Pattaya News reports that an investigation into the cause of the fire is ongoing.