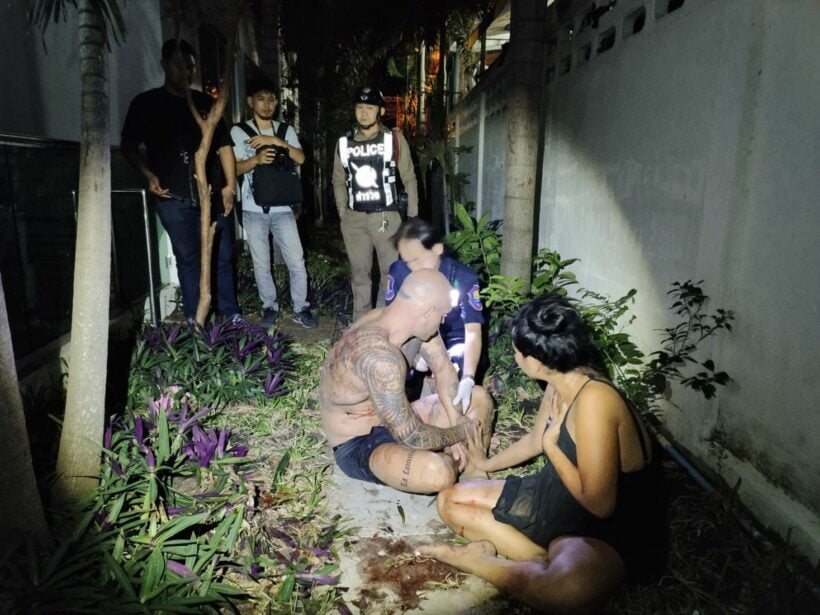 PHOTO: A german man has died after jumping from his 4th-floor Patta condo and refusing medical treatment _ The Pattaya News

A 34 year old German man is dead after he argued with his girlfriend and jumped from his fourth floor condominium in Pattaya this morning. He initially survived the fall, but refused medical assistance. Pattaya City Police were notified of the incident at 5am.

Police, emergency responders and reporters arrived at the scene to find the man sitting on the ground, conscious, calm and cognizant, refusing medical assistance and telling medical staff to go away. He had broken at least one arm but would not cooperate with with medics, police or his girlfriend and refused every attempt at assistance. PHOTO: The man refused all attempts at medical assistance – The Pattaya News

The man, whose name is being withheld pending notification of family and the German embassy, refused every attempt to take him to hospital, despite being told he likely had internal bleeding. He later collapsed and died at the scene. His cause of death is believed to be internal bleeding. 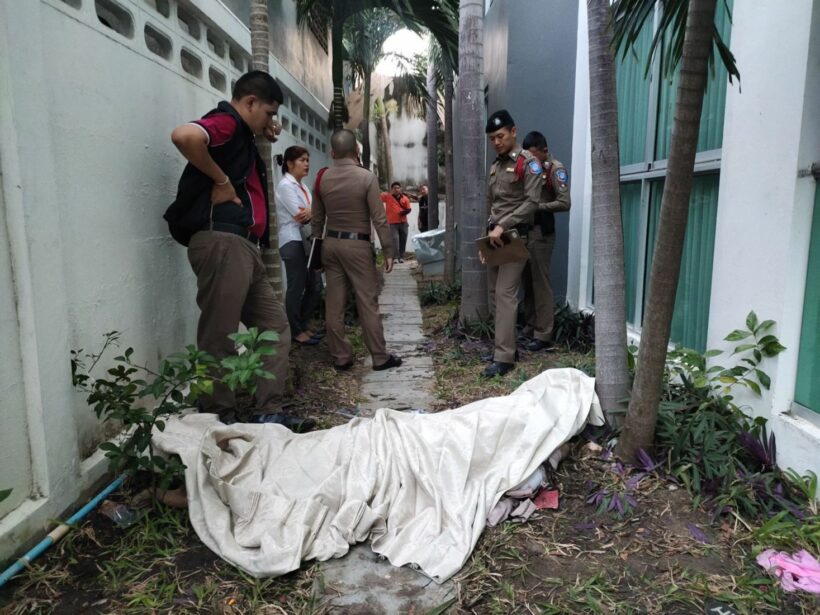 PHOTO: The body of the 34 year old German man – The Pattaya News

26 year old Srijantra Kosaidil, the man’s live-in girlfriend, wept and said they were arguing before the man jumped from the fourth floor. Police say alcohol was a factor, but the exact reason for the argument was not given.

Police are continuing their investigation and informing the embassy today.