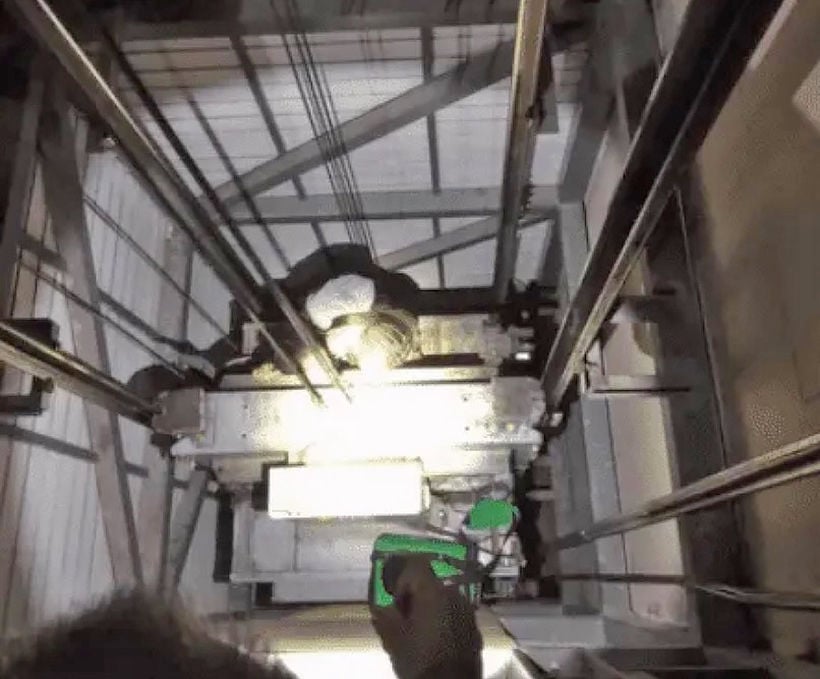 A 40 year old Grab driver in Chon Buri’s Samet subdistrict fell 4 floors down an elevator shaft in an apartment building Wednesday night, after the lift doors reportedly opened but the elevator had not arrived. The man, whose name was not provided, was returning from delivering an order at an apartment building located near the new Muang Electricity Market.

He reportedly pressed the button to go to the first floor and the doors opened but the lift was not present. He did not notice and stepped into the open shaft, falling 4 floors and landing on top of the elevator. He survived but suffered a serious ankle injury along with other minor injuries.

Rescue workers from the Tham Ratsamaneerat rescue team helped the man out of the shaft and to a local hospital for medical assistance. He reportedly had to be hoisted back up through the elevator shaft via a rope to the fourth floor as the lift wasn’t working.

Samet police are reviewing the incident as well as security video to determine why the lift did not operate properly and what caused the driver to not notice the lift was not present when the doors opened.