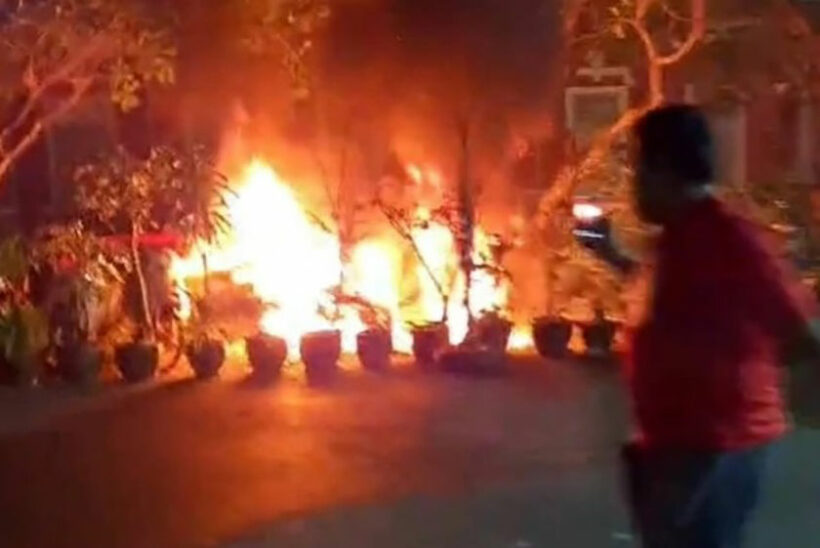 4 motorbikes have mysteriously caught fire in a car park outside Government House in Bangkok. A report in Nation Thailand says the incident took place outside the Secretariat of the Prime Minister’s Building, with the fire quickly put out and no injuries reported.

Police from Bangkok’s Dusit Station arrived swiftly, accompanied by fire trucks from Samsen Fire Station. However, the flames had already been extinguished by Special Branch police who were already at the scene. Officers say they used fire extinguishers on the flames, taking about 10 minutes to put them out completely. One witness says he saw sparks coming from one of the bikes prior to the fire starting. He adds that the bike had been parked there for some time.

It’s understood that the bikes damaged in the blaze were a Honda CBR 300, a Yamaha Filano, a Yamaha Fino and a Honda Wave. Police have launched an investigation to establish if the fire was an accident or started deliberately.