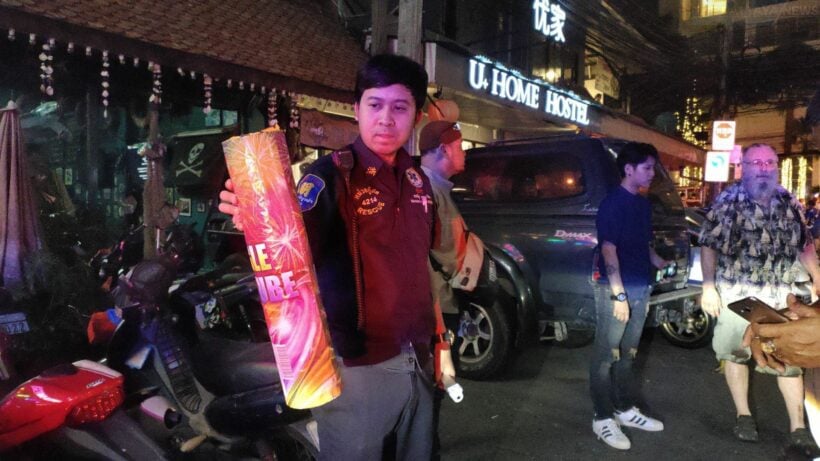 PHOTO: The errant firework cylinder that police believe was the one that exploded in Mr. McLaren’s face – The Pattaya News

A British tourist has died after fireworks exploded adjacent to where he was standing during New Year celebrations in central Pattaya. Police were notified at 12:30am and rushed to the scene.

The 51 year old man, named by police as British citizen Gary McLaren, had serious facial injuries and was in critical condition. Despite the efforts of medical staff and emergency responders Mr. McLaren was pronounced dead at the scene.

A large cylindrical firework was found on the ground nearby and taken as evidence.

A 24 year old eyewitness told The Pattaya News that Mr. McLaren had tried twice, unsuccessfully, to light the large firework cylinder. It’s believed the firework was faulty and exploded on the ground during his third attempt.

Although officially illegal, fireworks were widely available from street vendors across Pattaya on New Year’s Eve. Police are investigating and have contacted the British embassy, diplomatic staff and McLaren’s family. 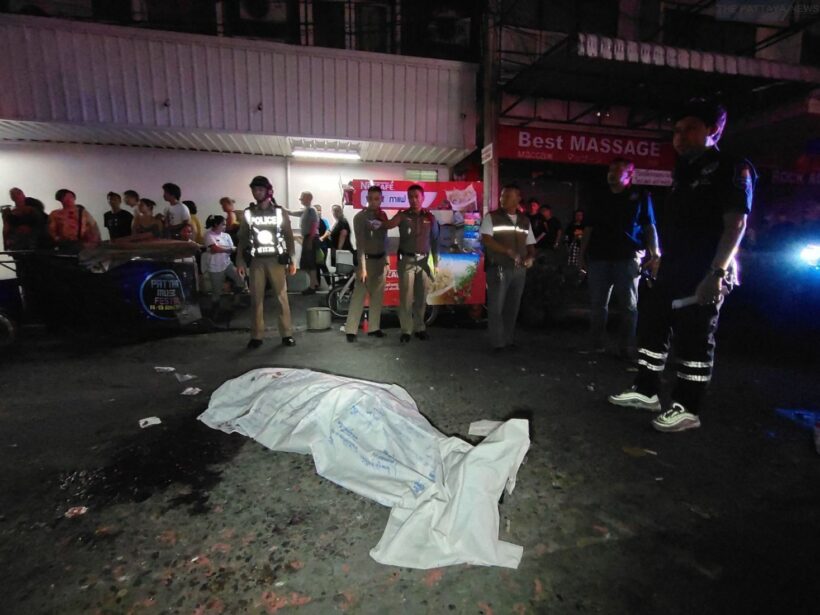