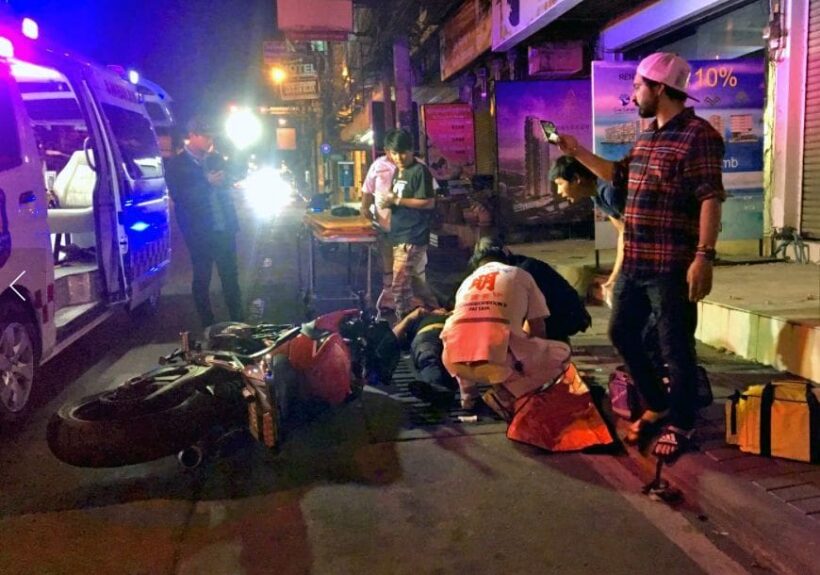 The Sawang Boriboon rescue foundation were called after a Honda CBR 650 slammed into the back of a Toyota Fortuner at traffic lights near the Big C Extra in Central Pattaya.

Sanook reports that 38 year old Manish Jalhotra, a Pattaya entertainment venue owner, was at the wheel of the Fortuner. The 25-30 year old motorbike rider ended up with a broken leg and road rash.

He was very drunk, according to Sanook. The report says he was mostly incoherent but did manage to get a few words out as he was being loaded into the ambulance.

“Who’s gonna pay my hospital bills? I don’t have any money. Take me home, I don’t want to go to hospital”.

The girlfriend of the Fortuner driver, Manish, says they were waiting at the lights when they were hit with force from behind. She says the impact shunted them to the side of the road.

The back of the Fortuner was damaged and a tyre was punctured. 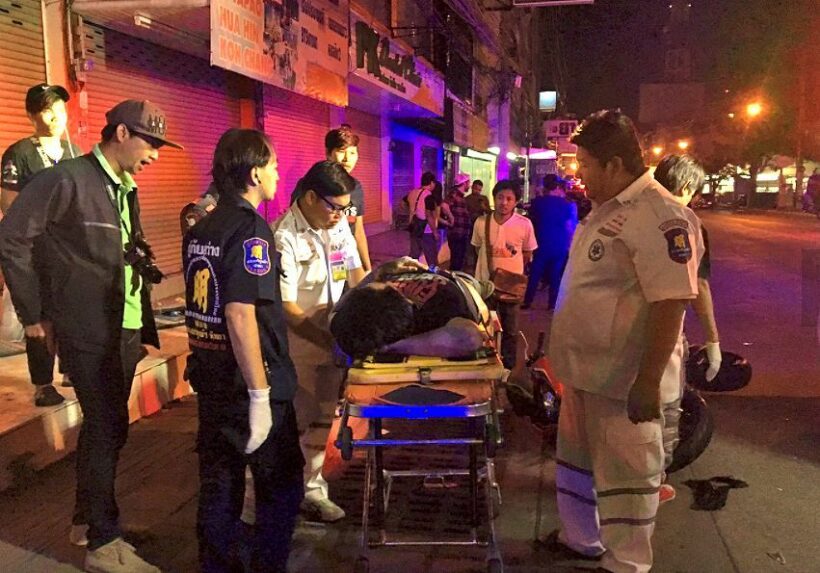 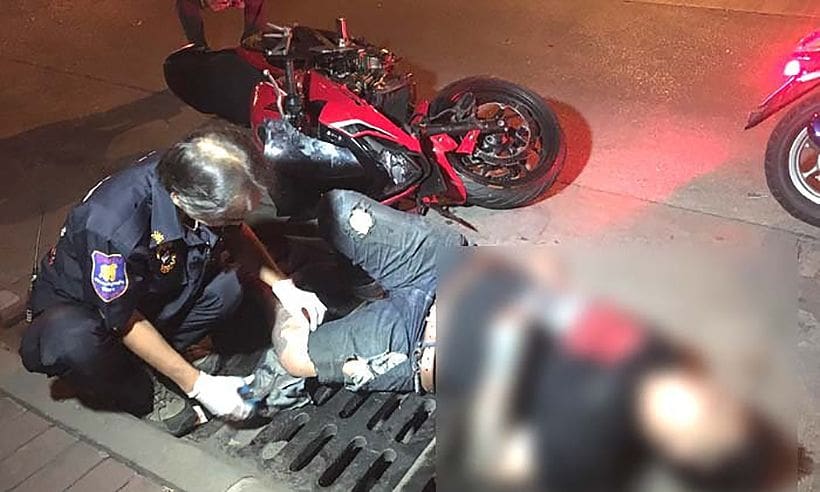 Pattaya tourist loses a leg in collision with pickup