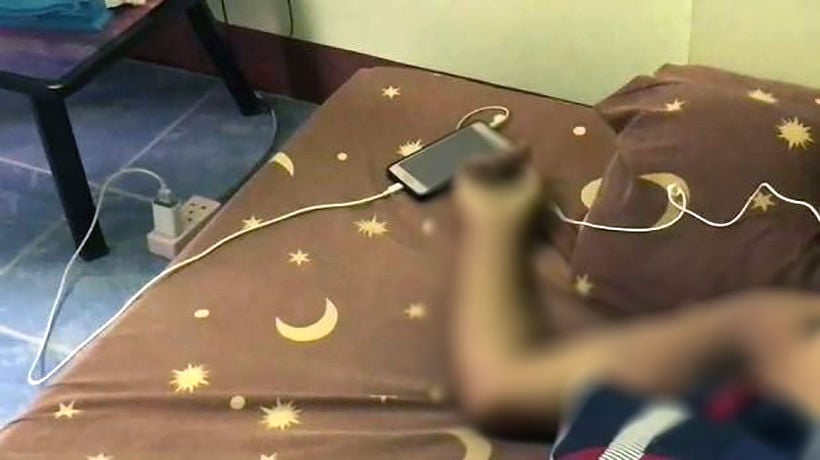 A 28 year old man has been killed by electric shock at at his home in Chonburi, the second this year. Police and rescuers found the body of 28 year old Kittisak Moonkitti on a mattress, with one hand on a cell phone, still attached to a GPO (electrical outlet). There were burn marks on the man’s hand.

The victim’s mother says she went to get her son for dinner and found him, apparently, sleeping. When she tried to wake him, she was shocked to find him dead.

The cause of death was “probably electric shock, in a freak accident,” according to a doctor at the scene, although an autopsy is being performed on the body to verify the exact cause.

This is the second time this has happened in Chonburi this year. In February, 24 year old Kritsada Supol was found dead with his Samsung phone plugged into a power point. In that case, he appeared to have been listening to music or talking, with burns around his ears and the mic section of the earphones still lying on his lips.

SOURCES: The Pattaya News | The Sun