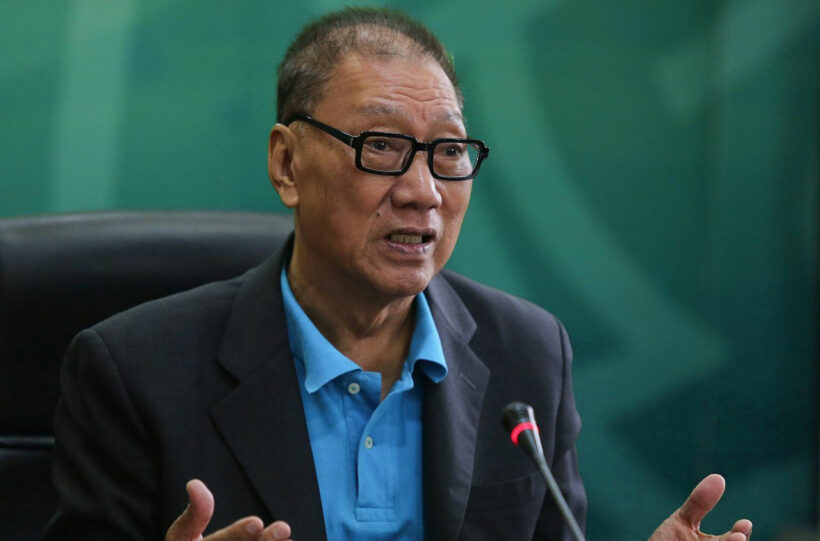 PHOTO: Adul Khiewboriboon, chairman of the Committee of Relatives of the Black May 1992 Victims

A support group for families of victims of Thailand’s 1992 political unrest says the kingdom’s deteriorating political and economic environment could turn into violent street protests like those in Hong Kong. Adul Khiewboriboon, chairman of the Committee of Relatives of the Black May 1992 Victims, says there are already warning signs and conditions are “almost ripe” for mass protests.

His warning came as anti-government activists met to organise what they call Run Against Dictatorship or Wing Lai Loong (“Run to oust the Uncle”), scheduled for January 12 next year.

Adul also warned Future Forward Party leader Thanathorn Juangroongruangkit to “exercise caution” in opposing dictatorship. Thanathorn, removed as an MP last month over allegations of owning shares in a media company when he applied to run in the election, has spent recent days on the campaign trail.

“In the face of hardships, people affected by economic problems could jump in and make the situation worse,” Adul told the Bangkok Post.

Thanathorn has told voters he will continue work to ensure bills sponsored by the FFP are passed by the cabinet, including a draft law to annul 27 orders issued by the previous military junta, and a bill to end military conscription.

Adul says the government should pay attention to calls to amend the 2017 coup-sponsored Constitution, seen by many as a tool for the NCPO maintain power after the general election.

“The government shouldn’t stall the House’s attempts to amend the charter and examine the use of Section 44 powers. They need to revise and improve the law to reflect the changing situation, and start doing things the right way.”