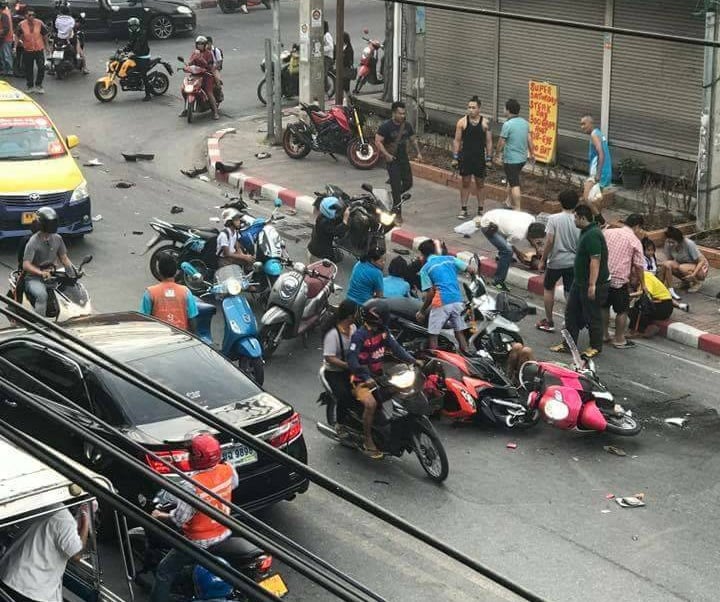 A tragic accident yesterday morning in Pattaya is again focussing the public’s attention on a call for the Land Transport Department to ban people with epilepsy from driving.

The crash occurred when a 44 year old self-described epileptic patient lost control of his pickup truck in Chon Buri’s Pattaya City, causing it to plough into 10 motorcycles, killing two people and injuring 15 others.

At 7am, the vehicle driven by 44 year old Akkaradej Udomrat suddenly veered out of its lane and collided with a line of motorcycles on the opposite side of South Pattaya Road. Two motorcyclists died at the scene while 15 others were injured – four of them seriously.

Police say Akkaradej had tested negative for alcohol use and claimed to lose control of his vehicle after suffering an epileptic seizure. He was initially charged with reckless driving causing death and injuries to others and was in police detention at press time. 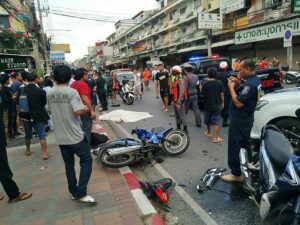 Police had also demanded his medical records to confirm his claim that he had been diagnosed with the disorder about five years ago after receiving a driver’s licence, Apichai said.

Dr Somsak Tiamkao, of Khon Kaen University’s Faculty of Medicine, wrote in a Facebook post that a law should be passed to prevent such tragic accidents.

“When will a law be passed to prevent epileptic patients from driving?” he asked. “Each year, we have many crashes involving epileptic drivers.

“Relatives and family members of these patients should take care of them. Please stop this, we are worried about you,” he said.

In 2014, a similar incident occurred when a Nong Bua Lamphu school director suffered an epileptic seizure while driving to another school and crashed into a group of students, resulting in the deaths of four schoolchildren deaths and 10 injuries. The incident prompted the Land Transport Department and the Medical Council of Thailand to discuss changing requirements for drivers. A requirement was proposed that licence applicants would have to include a medical certificate to prevent people with heart disease, diabetes and epilepsy from driving.

The proposal has not been put into effect.

Land Transport Department deputy director-general Kamol Buranapong said the department was in the process of consulting with the Medical Council and drafting new health criteria for driving licences, which will include five new symptoms barring applicants from eligibility.

The five symptoms are epileptic seizures, high blood pressure, brain diseases, myocardial infarction and diabetes.
It has been estimated that Thailand has between 600,000 to 700,000 people suffering from epilepsy – a neurological disorder that could stem from various causes such as genetics, strokes or other brain trauma, infections, brain tumours or developmental disorders.

Symptoms can be varied and difficult to notice, resulting in some people not knowing they had the disorder and not receiving treatment, said Department of Medical Services Department chief Dr Somsak Akksilp.

People with epilepsy are up to six times more likely to suffer premature death from fatal road accidents due to seizures, he added. 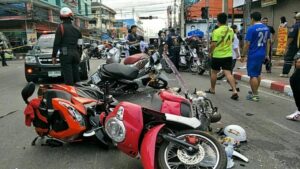 Don says he knows nothing about Yingluck British passport