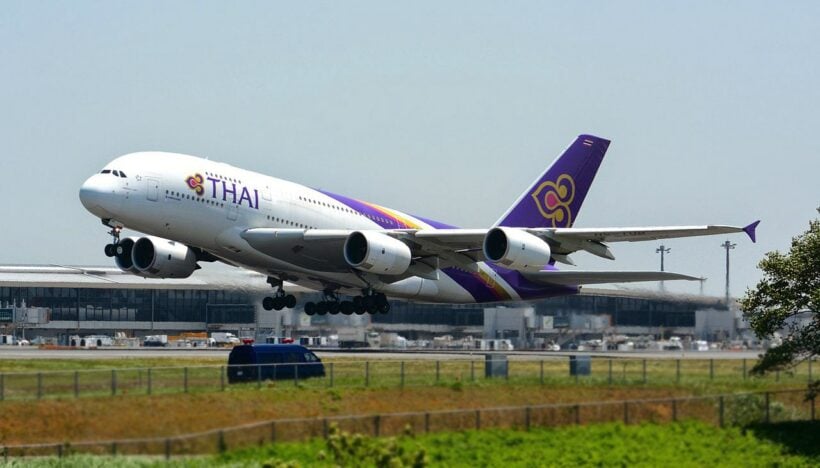 Thai Airways International and its subsidiaries have been able to notch up an operating profit of 3,836 million baht for the first quarter of 2018. This represents a 49.4% improvement over the same period last year, despite rising fuel costs.

That cashes out as a net profit of 2,737 million baht, still 432 million baht (13.6%) short of last year’s Q1 performance. Thai Airways claims this is mainly due to rising fuel costs.

The airline is attributing its better performance to revenue increases from fares and excess baggage, freight and mail plus revenue from other activities as well as foreign exchange gains.

In the first three months of 2018 the airline has taken delivery of four new Airbus A350-900 that are now flying intercontinental and regional routes. Thai has a fleet of 104 aircraft with nine more aircraft on the way. It needs to retire or sell aircraft that are less fuel efficient. Some of these are now grounded, including their 747-400 model, waiting for a sale.

The airline’s passenger uplift was 6.25 million representing 4.1% decline on last year and the average cabin factor declined to 80.6%, down from 82.8% last year.

Non-fuel operating expenses increased by 1,280 million baht (3.9%) from last year, mainly from the increased cost for aircraft repairs and maintenance together with aircraft lease and spare parts due to the higher number of leased aircraft.