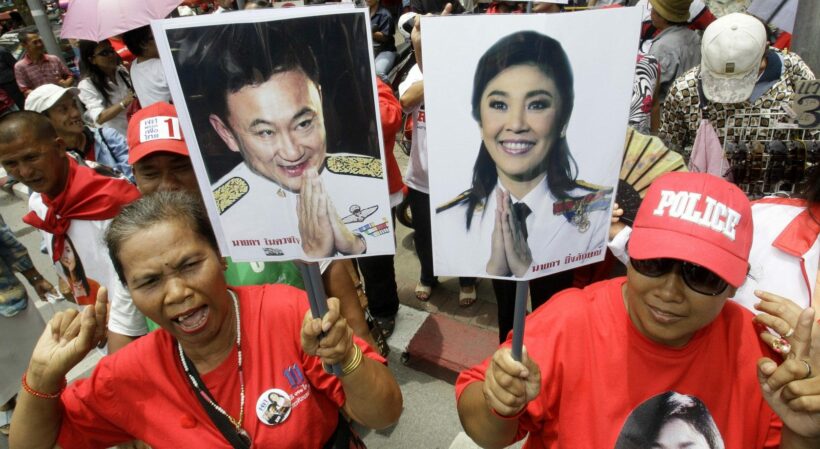 Now a fugitive from Thai justice, just like her brother, Yingluck Shinawatra is thought to have fled the country as early as last Wednesday. Photos of her praying at temples on Wednesday were probably bogus distractions. Yesterday’s no-show was yet another day of high drama in Thailand’s tortured political history.

Various reports say she either travelled by private jet to an airport in Trat, where she crossed the Thai land border to Koh Kong province in Cambodia accompanied by associates. This, according to a source close to her family told the Phnom Penh Post. The other version says she travelled out of Bangkok to the Cambodian border by land and then by private jet to Singapore. The Shinawatra family has retained close ties with leading business and government identities in Cambodia and it is thought she could have obtained a passport from Cambodia to complete her journey to Singapore and then, the speculation continues, to Dubai, where her brother Thaksin is thought to reside.

Yingluck is also rumoured to have a Nicaraguan passport, same as her brother, as reported in the Bangkok Post.

Either way, with Yingluck fleeing the country the ruling Junta would be breathing a sigh of relief this morning with two of their noisiest detractors out of the country. The apparent departure of Yingluck also takes a lot of the steam out of any residual integrity remaining in the Pheu Thai organisation, the political party which won three general elections in the first two decades of the 21st century (initially as Thai Rak Thai).

The news now swings to allegations that senior state officials abetted her departure from the Kingdom. Indeed, suggestions are being made this morning that the whole departure from Thailand was orchestrated ‘at the highest level’. Video of the former PM being dragged off to jail or pics of her in prison garb would have been a constant thorn in the sides of the ruling Junta as they press ahead with their agenda and continue to suppress  dissenting political views. Her ‘disappearance’ from the Thai political sphere is the best case scenario for the Government – if she was jailed she would remain a political martyr; if she was found not guilty of her alleged crimes her political fortunes would be bolstered and become a bigger distraction for the NCPOs reforms and agenda.

Two other politicians, who served as Ministers in her Government between 2011 and 2014, were tried for graft in government-to-government rice sales cases and received sentences of 42 years and 36 years. 18 others have also been handed sentences between 24 and 36 years over the rice-pledging fiasco.

For nearly two decades the Shinawatra family have been a divisive force in Thai politics, working with a popularist mantra of pork-barreling to the country’s agricultural majority to guarantee their cling to power. The red shirt/yellow shirt divide remains but the fire in the red shirt passions will surely be partially dimmed with their two shining political stars now fugitives facing arrest warrants and charges laid down by the country’s Supreme Court.