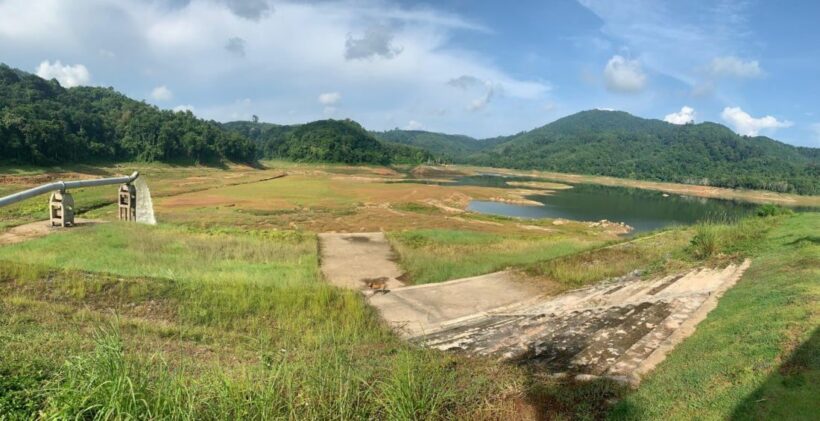 Post from a concerned Phuket resident who is worried about the future of the island’s most precious resource, fresh water. Despite being surrounded by water, potable water supplies are in peril for the forthcoming high season with lower-than-usual rainfall and the dams still at historically-low levels at the time of publishing this story. The person has asked to be anonymous…

There is NO excuse not to have more catchment areas in the hills and government-owned areas around Phuket. There IS enough rain over the year for everyone, but with the increased growth and construction around Thailand, they have built more hotels and condos and villas which USE the water .

BUT they have NOT expanded and built more water storage catchments! Therefore the higher demand uses the available resources up faster.

The cheapest solution, by far, is NOT desalination or rainwater guttering everywhere (which could help of course), but simply build more catchments. Dig out more of the current water lakes/reservoirs or dam an area in the hills.

For the farmers in Thailand’s rural areas, more lake-holdings need to be dug to increase the amount of water stored in their areas.

For a country like Thailand to run out of water, when all that is needed is increased water storage, is unacceptable. Thailand HAS the rainfall annually, therefore it needs to be stored whenever it rains, whether that rainfall is late or early! Then connect the new catchments via large irrigation pipes to the existing catchment infrastructure which can then be opened on demand.

As for Phuket, specifically, with its building boom, build more water storage at the same time and add to the already overwhelmed inadequate storage and there should be no more problems.

Future Forward’s Thanathorn on European and US lecture tour – VIDEO