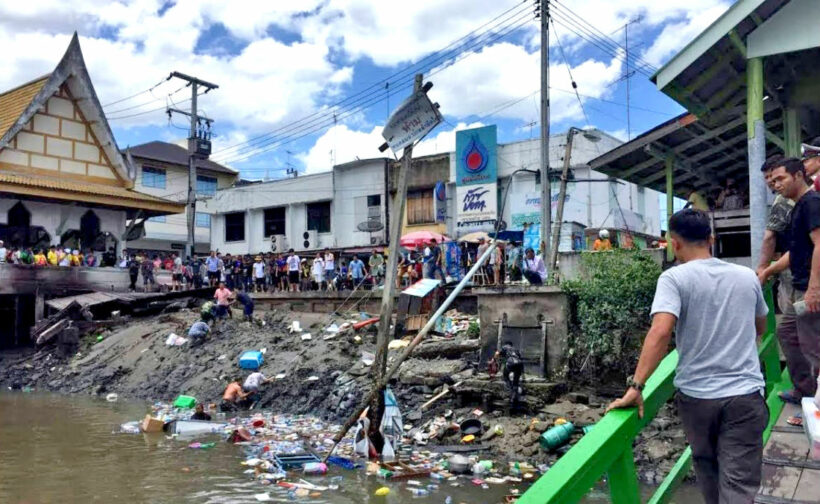 After more than 17 hours of searching, rescue workers have now recovered a female body from the collapsed pavilion that slid into the Mae Klong River in Thailand’s central province of Samut Songkram, west of Bangkok. The search continues for one other missing person believed to still be trapped under the submerged wreckage of the building.

The recovered victim has been identified as Sureeporn Urachoen, who was among more than 20 people packed into the 50 year old riverside pavilion next to Wat Petsamutvoravihara pier in the main city area of Samut Songkram, which had been converted into a restaurant.

Thai PBS reports that officials suspect that the old pavilion was unable to withstand the weight of people and simply collapsed. About 20 people were injured and two went missing.

The other missing female person has been identified as Pornpilai Sualek, but say their efforts are being hampered by strong currents.

The restaurant owner told Thai PBS that he heard a cracking sound under the pavilion and went down to investigate only to find that some of the supporting pillars had broken. He then told his customers to evacuate, but the structure collapsed, throwing many customers into the river. Many managed to swim to safety. 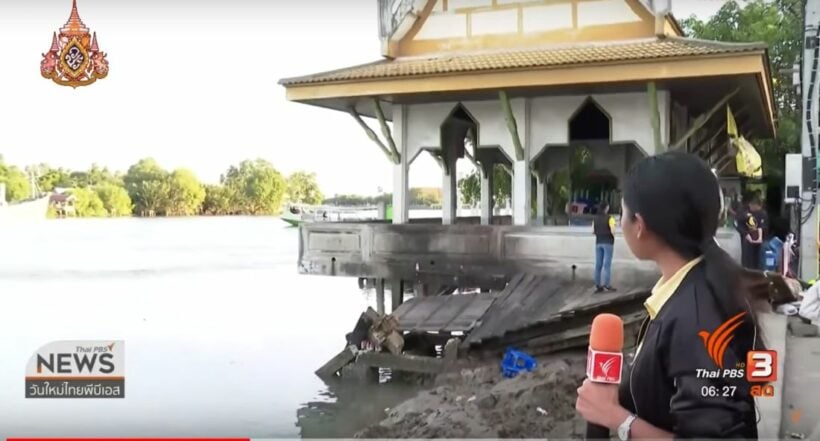